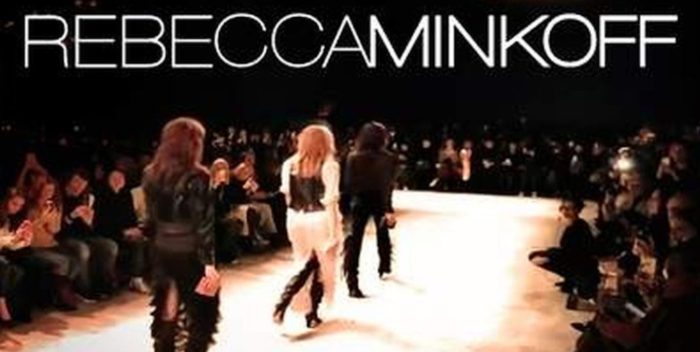 Here’s something to chew on.

Fashion designer Rebecca Minkoff is a member of a religious cult.

She reveals in today’s New York Times that she’s a practicing Scientologist. This is a smart, talented woman raised Jewish. I wouldn’t buy one more thing from her if it was on sale, discounted, or free. She’s crazy.

“I think there’s a lot of confusion when people hear the word ‘religion’ — immediately you hear that I pray to L. Ron Hubbard,” she tells the Times. “I study it, I take classes and that’s the extent of it, and it’s helped me stay centered. I don’t have all the answers. When I needed someone, it was a place for me to go get some answers.”

AND THERE’S MORE: READ THE FOLLOW UP ABOUT REBECCA MINKOFF’S FATHER

Jessica Testa wrote this piece for the Times but it doesn’t bother asking Minkoff about the hard evidence against Scientology a cult that separates families, takes their money, preys on the weak, disseminates idiotic information about the after life, the current life, etc. Testa doesn’t ask Minkoff if she’s read “Going Clear” or seen the documentary, or seen Leah Remini’s award winning TV series.

Testa, instead, give us just this:

the designer refers to what she believed to be “horrific misinformation” about the church and its belief system, which she considers “more of a self-improvement philosophy.”

But her interest in self-improvement is also one reason her book exists, with assurances like: “Fear can be overcome. You have the power to take action.”

So let’s look at Minkoff’s history. She’s listed in Truth About Scientology as a member since 1991 under the name Becky Minkoff. She is hard core, folks. Here’s a link to her page.

Mental illness is a tragedy. Yesterday I saw about three dozen kooks on West 44th St. in front of the St. James Theater protesting Bruce Springsteen as a “segregationist.” What does that mean? One nutty woman told me, “He won’t let people in his theater who aren’t vaccinated. They want to control our lives.”

I told her she needed help, and thank goodness Bruce did that. My question is, if you’re not vaccinated, and you’re angry with the person who won’t allow you into something, why do you still want to be there at all? Logically, you wouldn’t then be a fan of Bruce Springsteen. But that’s logic.

As for Rebecca Minkoff, now you know how David Miscavige funds his operation because Tom Cruise, John Travolta, and the other nutjobs who still go for this. Miscavige must have something on Minkoff big time.

Need a handbag, a skirt, whatever? Give your money to someone who’s not sending it a dangerous cult.