Taylor Swift will not let up in her campaign against Scooter Braun. She’s determined to render his purchase and flip sale of her master recordings be worthless.

Taylor is dropping the re-recorded version of her album, “Red,” on November 19th. This will be her second re-recorded album designed to take the place of the original recordings. She owns the new ones.

In April, Swift released the re-recorded “Fearless” album to great success. The Taylor’s version of “Fearless” has sold 218,000 copies in CDs and downloads, a total over 500,000 copies including streaming. And that’s just in two months.

The new version of “Red,” she says, will have all 30 tracks she intended for it in the first place. Here’s what she posted: 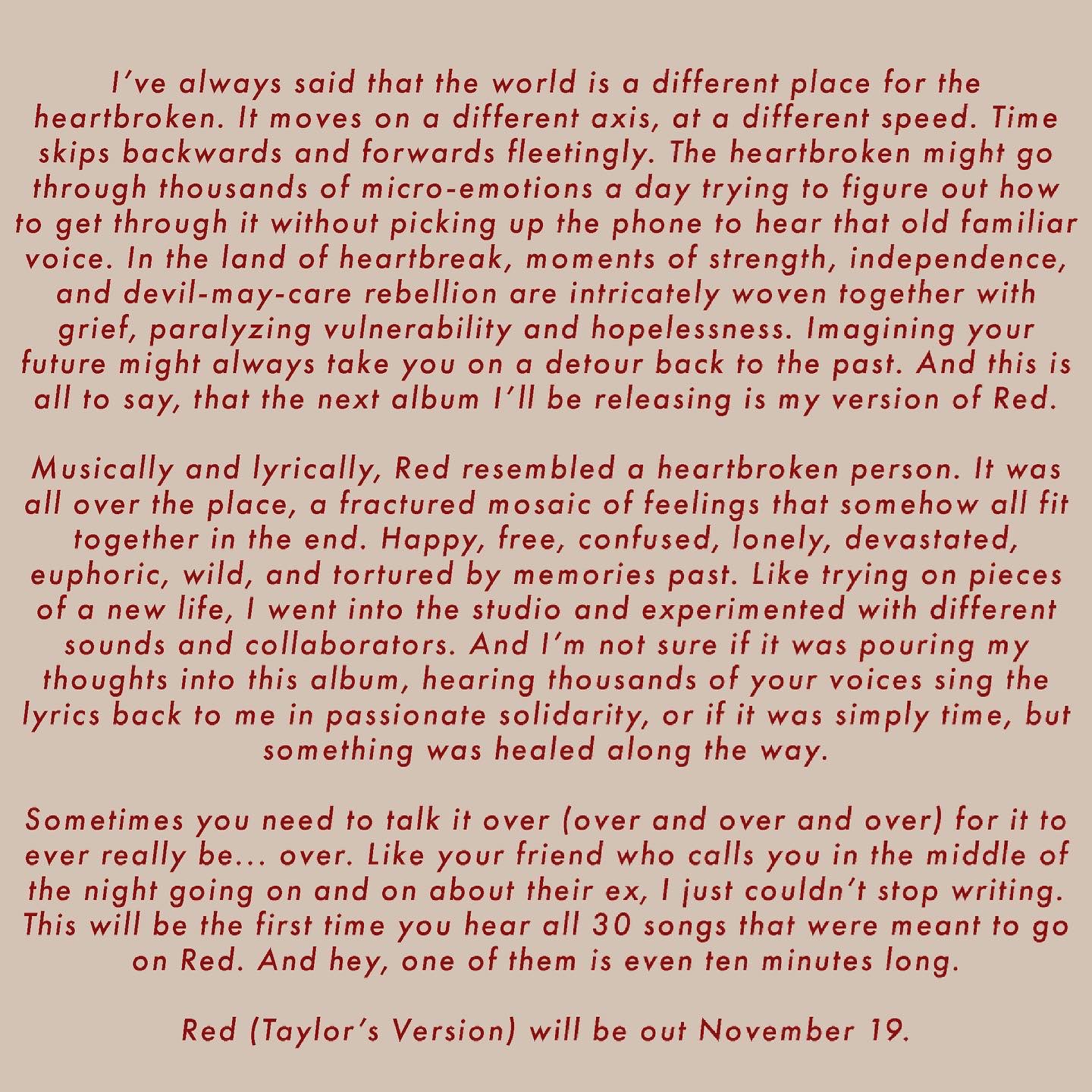