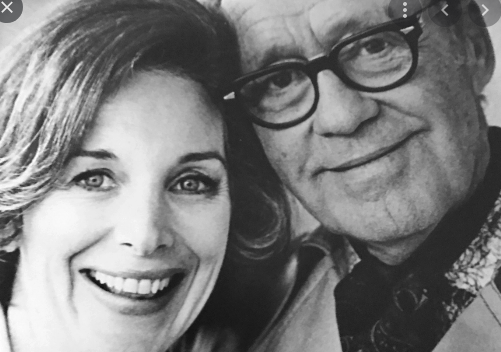 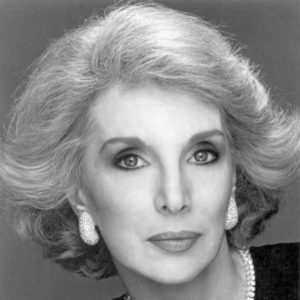 It does seem that Joan Benny, the beloved daughter of famed comedian Jack Benny and his wife Mary Livingstone, has died at age 86 from pancreatic cancer.

There’s no official word, but several mentions have been made of Joan’s passing on Facebook. A friend, Vivian Serota, confirmed that she placed an obit in the New York Times’ paid obit section today.

According to the Facebook reports, Joan Benny died on June 10th, a week shy of her 87th birthday. She leaves four children and several grandchildren.

Joan was the author of “Sundays at Seven,” a bestselling memoir about her parents. I met her a few times over the years, and being a huge Jack Benny fan, was thrilled. She was a lovely lady.

Joan Benny died peacefully at home on June 10th, just seven days before her 87th birthday. Joan died of Pancreatic Cancer, ironically the same disease which took her famous father, Jack Benny.Joan grew up surrounded by fame, with movie magazines running feature stories about her family. Her first wedding drew huge press attention, mainly because her father paid for an extremely lavish and expensive wedding, despite his professional persona which was notoriously stingy.

Professionally, Joan had her own brushes with fame as she stood in for her mother in the last years of her father’s radio broadcasts. She also appeared as herself in several of the radio and television episodes. She was one of the most memorable contestants on Password in the early 60’s. The most entertaining were the games when her father was her opponent. These Password episodes can still be seen on Youtube.

Joan published “Sunday Nights at Seven” following her father’s death in 1974. Its title was an homage to the day and time when the Jack Benny Show aired. The book consisted of large parts of her father’s unpublished autobiography combined with her own memories and thoughts about growing up with a famous father in the heyday of Hollywood where stars like Jimmy Stewart, Lucille Ball, Cary Grant, Ronald Coleman, Joan Crawford and George Burns were frequent visitors.