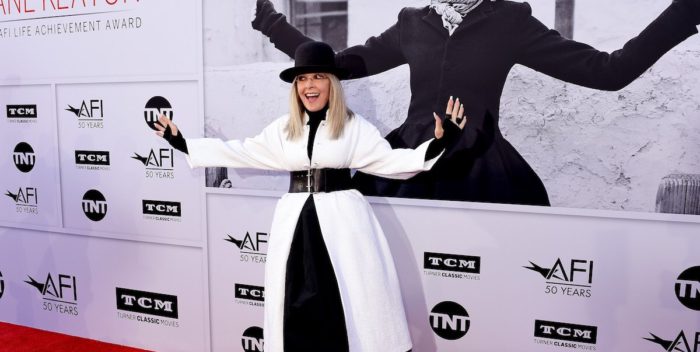 I’m told that Diane Keaton’s daughter, Dexter, got married yesterday in Laguna Beach, California. Congrats! A spy says: “Dexter was married yesterday and Diane walked her daughter down the aisle wearing a white suit and hat. And danced. Reminded me of her dance scene in First Wives Club, white suit, only trousers.”

Dexter announced her engagement to Jordan White last November. She has a younger brother, Duke. After many relationships with famous men, Diane decided to have a family on her own. She adopted the kids and made it all work so well.

Keaton, who’s 76, is an Oscar winner for “Annie Hall,” and nominated many times since then. She’s one of the best people in showbiz, and I’m sure her kids are very cool.