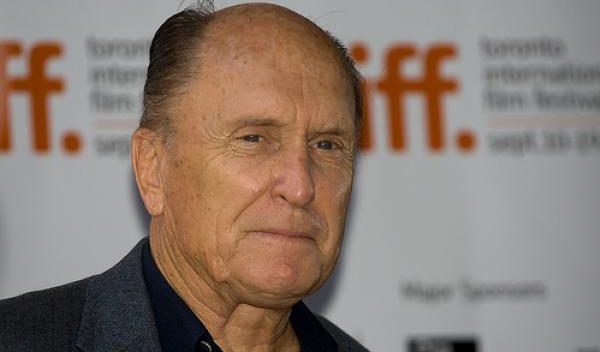 Robert Duvall is 90 and not stopping any time soon. Tomorrow he opens in “12 Mighty Orphans,” which stars Luke Wilson and Martin Sheen in a really great true story throwback film. I hesitate to say “family film,” but you could actually take your pre-teens and teens to see it and enjoy it, and not be embarrassed. It’s also a film for us “adults” with tremendous performances and filmmaking.

Duvall, who I interviewed last week, gets to have a reunion with his Apocalypse Now co-star Martin Sheen. They didn’t ad-lib their scene, but they were given general direction and put it together. Duvall tells me he and Sheen “hugged and hugged” when they met on set. Don’t forget, Sheen had a heart attack while making the Frances Ford Coppola classic back in 1978. They went through a lot together!

Duvall told me exclusively that his next project would be an appearance in Scott Cooper’s Edgar Allen Poe movie “The Pale Blue Eye” starring Christian Bale. Cooper directed him memorably in the great 2009 film, “Crazy Heart.” He’s also set to be in the next Adam Sandler Netflix film. And that’s not all. More coming this weekend from Duvall right here. PS He won his Oscar for Best Actor in Bruce Beresford’s stunning “Tender Mercies.” If you don’t know it, rent it.

Meantime, do see “12 Mighty Orphans.” Lovely, lovely film. And a big deal for Luke Wilson, who carries it mightily!