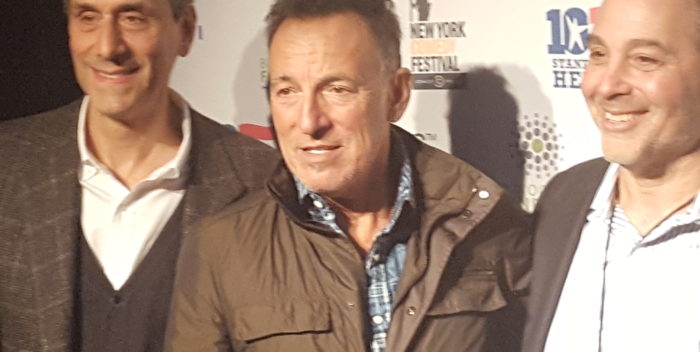 Bruce Springsteen sold out 30 shows on Broadway in about an hour today. All the shows are sold, tickets gone mostly at $700 apiece unless you paid a scalper.

The shows run June 25th through July 17th. Then there’s a month long break, and Bruce returns on August 17th through September 4th.

He has the option, I guess, of adding shows in that month long break. They will all sell out just as quickly.

Bruce said on Sirius XM today that he’s releasing new music with the Killers and Brandon Flowers next week or so. Then in the fall he’s on three tracks with John Mellencamp on his new album.

Then a tour with the E Street Band will commence. They haven’t toured “Letter to You” from last year, or songs from Bruce’s “Western Stars” album.

Springsteen also said on Sirius that there are a lot of surprise albums coming from the vaults.

Plus, I would guess Bruce will appear on Clive Davis’s Central Park concert August 21st. He has no Broadway show scheduled for that night. Convenient!