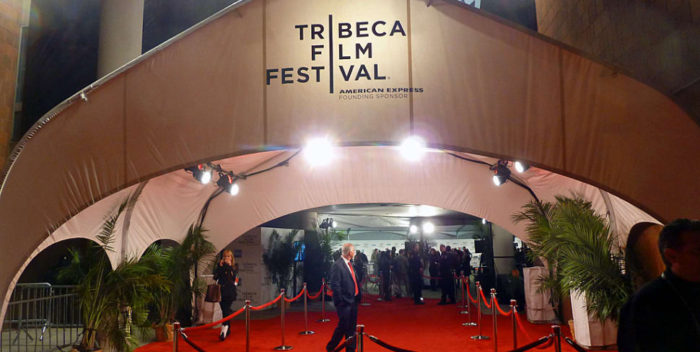 If James Murdoch was at the press conference to launch the new Tribeca (formerly Film) Festival, he didn’t come on stage, that’s for sure.

Robert De Niro was, and so was Governor Andrew Cuomo. I can’t imagine they spend a lot of time chatting with Rupert Murdoch’s son, who now owns the Festival thanks to his majority investment last year.

The latter spoke at length about the early days of the Tribeca Film Festival, when it still took place in Tribeca and promoted downtown New York. Tonight’s premiere is in Washington Heights, one hundred and eighty blocks north. The other big festival screening is at Radio City Music Hall, in mid town.

Neither Rosenthal or Cuomo mentioned Murdoch, even though he’s their owner now. But Murdoch is scheduled to be part of the Tribeca X Talks next Friday, June 18th. He’ll have a chat with Wal Mart chief Doug McMillon “about lessons learned from the global pandemic, movement for racial justice and natural disasters as well as opportunities for recovery.”

Tickets are not available to the public, and I don’t know where they’re doing it. Neither Murdoch nor Wal Mart has anything to do with New York, or Tribeca. But it’s a corporate money thing at the very 1% level. God bless.

On the Tribeca X website, by the way, all the speakers have bios except Murdoch. His says “Coming Soon.” Murdoch was the architect of News Corp’s phone hacking scandal in Britain a few years ago. Now he gives money to good causes and to the Democrats to try and distance himself from his father and the company that gave him the billions to invest in Tribeca. He is Michael Corleone in The Godfather Part 2.