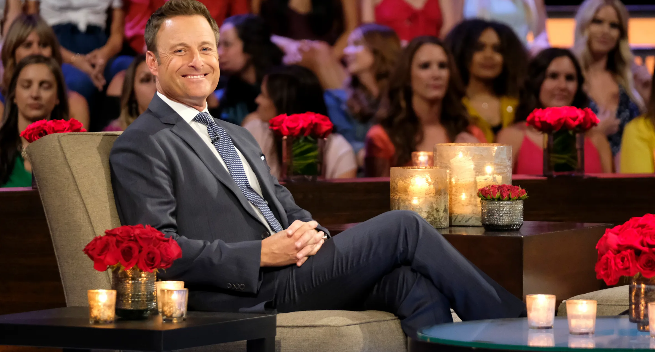 Chris Harrison does not get the final rose. He’s out as host of The Bachelor and its associated shows after 19 years.

Harrison signs an NDA and gets an 8 figure settlement as parting gifts.

The ouster is a result of a disastrous interview Harrison gave to former “Bachelorette” star Rachel Lindsay on “Extra” in February. He blithely defended “Bachelor” competitor Rachael Kirkconnell after news broke that she’d attended a plantation party. Lindsay’s response to Harrison is what did him in. “What role would I have played at that party?” she asked. Lindsay is Black.

And that was it. Harrison was removed from the final episode of the season, then the upcoming “Bachelorette” shows and “Bachelor in Paradise.” He was completely cancelled.

The irony of course is that Kirkconnell, who was then dumped by prospective fiancee Matt James, who was also Black (she is white), has gotten back together with James. So he didn’t care that she came from an ignorant, racist background. But it killed Harrison’s career.

Harrison should be pretty rich from 19 seasons of this mindless crap anyway. His NDA may preclude a book, although who knows? These days, all bets are off.