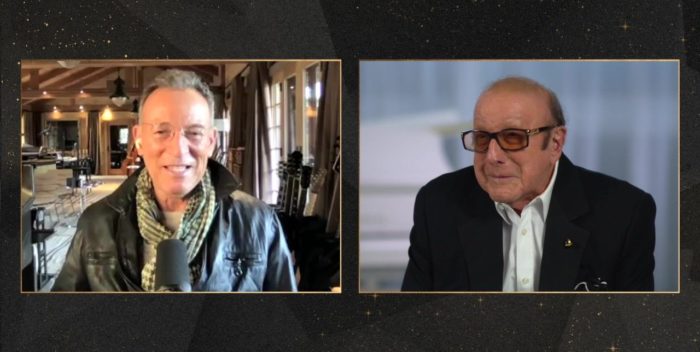 Clive Davis is planning the concert of all time for Central Park set for August 21st. People are going to start sleeping on the Great Lawn today to get ready. This is bigger than big.

The New York Times broke the story that Bill DeBlasio asked Clive to put together a Welcome Back to New York show for the Park. This was after Clive’s second marathon Zoom Grammy gala last month.

Who else could do this but the all time impresario of music? I’ve been lucky enough to attend decades worth of Clive Davis shows privately. There has never been a public show. This will be Clive’s “Gotterdammerung,” the be all and end all of shows.

Can he get all these people? What about Elton? Billy Joel? And can Central Park deal with this?

The answer is Yes. You know, when you watch DA Pennebaker’s film “Monterey Pop” shot in 1967 you see a young man wearing a white tennis sweater in the crowd, enthralled as Janis Joplin performs. He’s rocking back and forth, having a great, a square among hippies but a visionary among the stoned. That’s Clive. He signed her, and the rest is history. This will be his Monterey Pop Supreme.

So get ready. Vaccinate! Stake out your spot. Bring the tents and chairs. It’s going to be the longest, greatest night– or should I say day and night ever? A source close to this said to me, “It’s going to be three hours.”

I don’t think so.

Why am I suggesting these artists? Clive “broke” Simon & Garfunkel in the 60s. They love him. They gave the most historic Central Park Concert in 1981. Diana Ross and Carole King have each had their own historic CP shows. Alicia Keys is Clive’s artist. Imagine her singing “Empire State of Mind” with Jay Z? Amazing. Springsteen and Billy Joel need no explanation. Carly, Dionne, and Barry were all hit makers under Clive. Jennifer Hudson, also a Clive artist originally, could represent Aretha as her “Respect” movie opens a week earlier.

And we could be there all night!