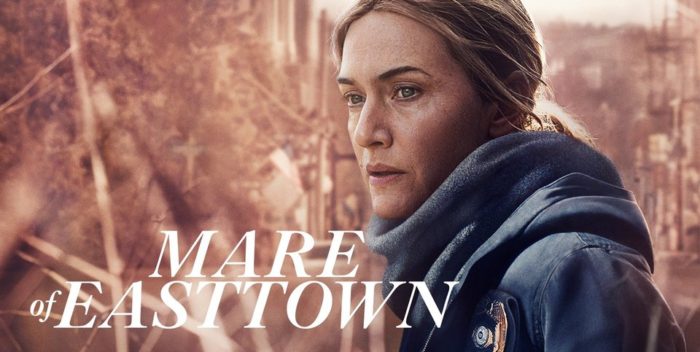 So we know who killed Erin. And it wasn’t Guy Pearce, who played possum in this series and was used as a Big Red Herring character. He did nothing. He went to Bates College to keep teaching. He’ll be back for Season 2.

Mare’s nephew, Ryan, a kid, killed Erin. NO ONE saw that coming. He did it by accident on purpose sort of. His dad and uncle are in jail. We never got to see a reaction from Erin’s father, who I think was the first cousin of John Ross. So John’s baby, DJ, is the product of incest.

Evan Peters’ story and his mother, etc, that was all extra. If Guy Pearce was his father, and that was his ex-wife, maybe we’ll learn that next time. For now, it was a non starter.

Julianne Nicholson, steady through the series, pulled it out at the end. She the clutch hitter. She knew everything, and just lied with a poker face to Mare over and over. Great work. She, Kate Winslet and Jean Smart will all be up for Emmy Awards. So will Evan Peters.

Remember in “The Undoing” even Nicole Kidman thought her son, played by Noah Jupe, might have done it. Now in “Mare” the kid actually pulled the trigger. The only other surprise they could have given us was Lor (Nicholson) having an affair with John Mulaney.

All told, beautifully done. Kudos to Craig Zobel et al and to Kate Winslet in what may be her most memorable role.

It was only a few months ago that “The Undoing” came to an end, compelling fans to their TVs to see whodunit, and why.

HBO had everyone in the palm of their remote, or something like that.

Tonight, “Mare of Easttown” reaches its conclusion at 10:07pm Eastern after seven wild episodes. We are on tenterhooks. Did Billy kill Erin? Will Billy’s brother, John, kill him? Was Guy Pearce on the show just for fun?

Will the “Mare” get a second season?