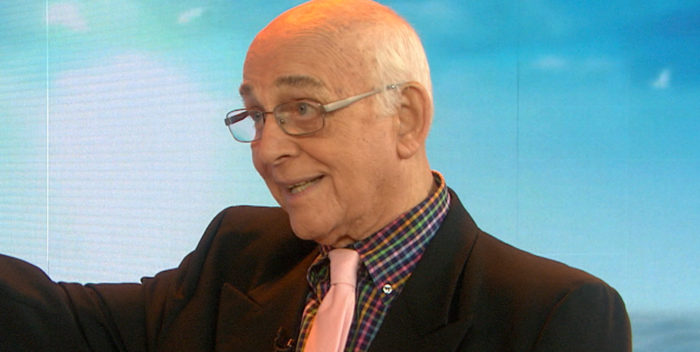 Gavin MacLeod, beloved actor who played news writer Murray Slaughter on The Mary Tyler Moore Show, has died at age 90. He was in failing health.

MacLeod followed his seven seasons on “MTM” with “The Love Boat,” less sophisticated and more popular in a way. It went on for years, and MacLeod played Capt. Stubing, the star of the show.

His other big TV credit was in the early 60s, on “McHale’s Navy.”

But “MTM” was his calling card, the gold standard in TV. His death follows that of Cloris Leachman, who played Phyllis. Now Mary, Rhoda, Murray, Ted, Georgette, and Phyllis are all gone. Ironic that just Lou Grant and Sue Anne Nivens remain, Ed Asner and Betty White. Asner wrote on Twitter:

“My heart is broken. Gavin was my brother, my partner in crime (and food) and my comic conspirator. I will see you in a bit Gavin. Tell the gang I will see them in a bit. Betty! It’s just you and me now.”

MacLeod was nominated five times for Golden Globes. And he certainly was part of the win when “MTM” won Best Comedy Emmy Awards. His skill as Murray was that he was relatable, he was an Everyman trying to survive with a bunch of lunatics around him. And that’s why he fit so well on “The Love Boat.” He kept the ship running just as he would fix Ted Baxter’s mistakes. RIP