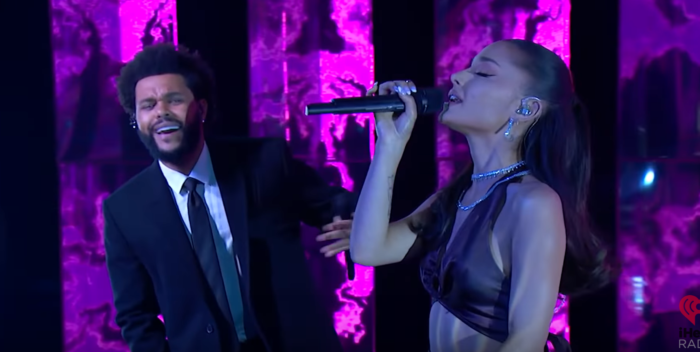 “Save Your Tears” by The Weeknd has been a hit twice in the last year. First by The Weeknd alone on his album “After Hours,” then in a remix version with Ariana Grande. Max Martin wrote it, he’s a genius, this is one his gems.

This version, live, from the I Heart Music Awards, is gorgeous. It makes me think music isn’t dead. The Weeknd has really become a great performer. When Ariana sings like this, it’s magic, so much better than her faux hip hop albums. If only she would make a real album with songs. She could be bigger than Celine Dion. She has the voice.

Listen. BTW Max wrote this almost like a flashback to songs by Orchestral Manoeuvers in the Dark. Go back and listen to them on Spotify. “Secret,” Souvenir,” their masterpiece, “Enola Gay.” This is ripped cleverly from that playbook. OMD doesn’t enough love.