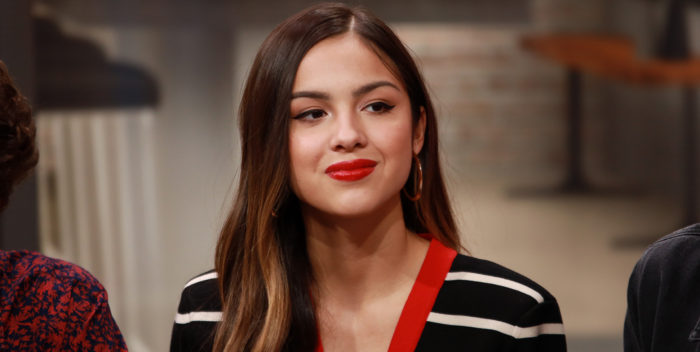 Her debut album, “Sour,” has sold 157.000 copies since Thursday. Around 33K copies are paid downloads.

That’s all in four days.

Rodrigo, whose “Driver’s License” was a surprise hit single during the winter, now has two more singles in the top 10 and they’re selling in the vicinity of half a million copies independent of the album.

Rodrigo’s appearance on “Saturday Night Live” two weeks ago didn’t seem to have a lot of impact. Maybe it was just delayed gratification for her fans. They waited for the album. Now they’re eating it up.

Hitsdailydouble is predicting around 250,000 copies of “Sour” sold by Thursday night. That may be an underestimate.

The good news is, “Sour” is a dynamic, fun, solid pop album, an impressive debut especially for so young an artist. “Sour” is going the way of Alanis Morissette’s “Jagged Little Pill” as a landmark record for teen girls and for pop fans in general.

It’s only Monday. Olivia Rodrigo is having the best week of her life, and she’s too young to understand what that means. I hope Taylor or Katy reach out to her. She’ll need a mentor in this biz with that level of success.

PS Kudos to her collaborator, Dan Nigro, the Ben Margulies of this album.