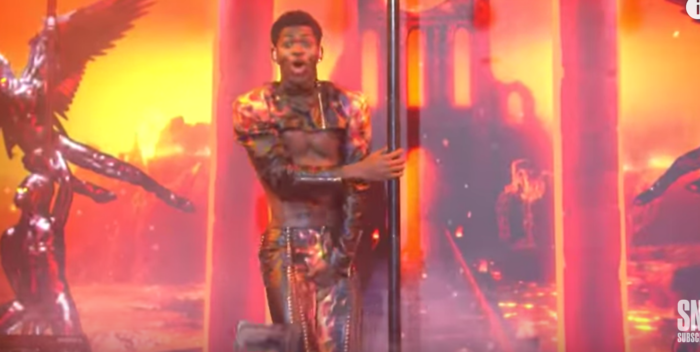 The show had a lot of landmark moments. Lil Nas X, performing his hit “Call Me By Your Name,” ripped his pants while pole dancing. That will go on the anniversary reel. Plus several cast members, as I wrote last night, are leaving or considering it and said their goodbyes last night including Kate McKinnon, Kenan Thompson, and Cecily Strong.

Anya Joy Taylor of “Queen’s Gambit” fame proved to be a versatile host who was excellent in her monologue and sketches. She also got to reveal herself other than the character she’s known for as light and fun. The season finale was funny, the audience seemed like they were on steroids (the laughs and applause were very loud), and the show was daring in letting Lil Nas X really put on quite a gay musical number.