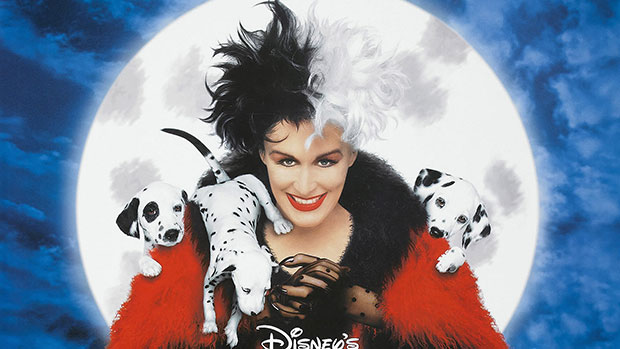 “Cruella” premiered last night in Hollywood starring Emma Stone as a hip, modern day Cruella deVil. On social media the movie got raves, at the premiere every one loved it. No one would have predicted Craig Gillespie, whose “Lars and the Real Girl” was such a nice film, would emerge as a new Tim Burton!

No one should be happier about “Cruella”‘s reception than one Glenn Close. She’s a surprise Executive Producer on the film. Glenn was not an EP on either of her “101 Dalmatian” movies in which she created the original live action version of the famed animated character.

But one thing no one can deny: this movie is the origin story chapter of what Glenn invented back in 1996. The look, the attitude, all of it reaches back to her original creation.

Is that how she got an EP credit? Executive producer credits are given to people who either kick in money as investors or have a financial interest in a film. Glenn could have one or both. Or is she planning to appear in one of the obvious sequels? That would make sense. And she did say recently to Variety that she has an idea for a new installment of the saga.

An Emma Stone-Glenn Close “Cruella” feature? Dalmatians will barking up a storm!