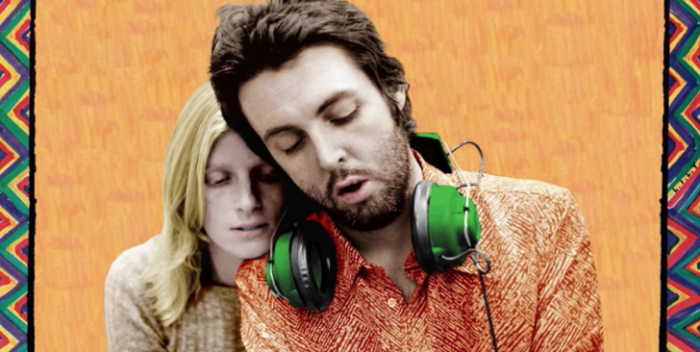 My fourteen year old self is reeling at the idea of 50th anniversary albums of 1971. This all happened a few minutes ago, and yet, we have traveled eons. In a few weeks I’ll be the same age as Paul McCartney’s famous song, “When I’m 64.” It seemed like such an old age in 1971.

But by 1971, “When I’m 64” was four years old from “Sgt. Pepper.” They were long years, those four years. The Beatles released a lifetime of classic albums songs between 1967 and 1970. And then it was over. “Let it Be” appeared a month after the “McCartney” album but was Paul kidding? Were the Beatles really over?

Well, they were really over on May 17, 1971. “Ram” dropped, setting “Uncle Albert/Admiral Halsey” on a trip to number 1. The album went there, too. It was Paul’s opening statement that cinched it: “It’s okayyyyyy.” He was telling us that we would now move on without the Beatles, and it was going to be fine. But not before explaining what had happened in the year since “Let it Be” and “McCartney.”

You took your lucky break and broke it in two.

Now what can be done for you?
You broke it in two.

Was he singing to John Lennon about aligning with lawyer Allen Klein and destroying the Beatles? Was he singing to Klein himself? In 1971 Klein and Yoko Ono were the villains. We didn’t know anything else. It wasn’t until 1990 that I could ask Paul about how the group really broke up. But I don’t think he himself understood it in 1971. All the Beatles were bruised from their divorce.

When I was fourteen, you listened to albums. You had to. The needle moved every so slowly to the middle of the turntable lightly revealing the notes hidden in the vinyl record. You held the album cover in your hands and stared at it. Sometimes there were lyrics, but most often not. I had to read in a record magazine that Uncle Albert needed a “berth” or he couldb’t get to sleep. What?

Some of the songs had a lot of idiomatic language, some were more straightforward. I loved “Heart of the Country.” It’s a perfect “Penny Lane” type Paul McCartney pop song. Even then, with my Cashbox subscription, I couldn’t figure out why “Heart of the Country” wasn’t the follow up single to Uncle Albert.” It would have been a smash! But you got the idea: Paul was too cool for a second single. (This was often a theme in the early 70s with many artists who wanted to be on the hip FM stations.)

“Ram” was the beginning of Paul threading theme music throughout his albums. In this case it was “Ram On.” I always loved that. It was a signal that these albums had a higher purpose, that they’d been thought through, and weren’t just pedestrian cuts.

“Dear Boy” brings more recriminations, and certainly seemed aimed at John Lennon. Is it about John leaving Cynthia for Yoko? Is it about John not respecting Paul? We debated that over and over. Then comes “Uncle Albert” and “Smile Away,” which just sounded like fun.

Flip over the record. I used to think, here’s your hit, “Heart of the Country,” Then Paul lets loose with “Monkberry Moon Delight,” which hit such a classic funk riff that I can’t hear the word “cantata” without humming the song under my breath.

“Eat at Home” is more fun, and it’s got a lot of Linda’s vocal harmony, clear a happy song about domestic life without all of us, you Beatles fans. “Long Haired Lady” is the Linda love song and it remains so catchy you could have predicted then that Paul would be churning out hooks within hooks for the next 50 years. The “Ram On” coda returns like the “Sgt. Pepper” redux before “A Day in the Life.”

The album closes with “Back Seat of My Car,” a saga about teens fooling around. But musically it’s the beginning of Paul’s suite songs, the ones that break into two or three pieces. “Uncle Albert” is also one. The solo McCartney catalog is full of these. Sometimes they’re woven as one, sometimes they’re medley. “Little Lamb Dragonfly” is the former, a trio of songs on “Memory Almost Full” on side 2 represents the latter (“Vintage Clothes/That Was Me/Feet on the Ground”). They’re McCartney cubist pastiches.

“Ram” has sustained me for the last 50 years, a thrilling concoction of whimsy and wistfulness that felt so composed from a farm, it was startling. Two days later, Marvin Gaye would do the same, but with topicality with “What’s Going On.” All spring and summer, there would just be more and more revelations, and we’d only recently absorbed “Sticky Fingers.” What a time!

Same week: Aretha Franklin’s “Live at Fillmore West.” I must have made my mom drive me to Korvette’s three times that week. It was a good thing school was almost over for the year! (For some reason “Live at Fillmore West” seems out of print. But it’s such a landmark, and a joy, order it used from amazon.)

McCartney went into a funk later that year, and “Wings Wild Life” was no day at the beach. Though I always liked “I Am Your Singer” and “Some People Never Know,” it seemed like Paul didn’t. The whole album has a dreary aspect, and “Mary Had a Little Lamb,” released as a separate single, is second only to “Silly Love Songs” as a nadir earwig.

It wouldn’t be until spring 1973 when Paul would decide he was going to be a rock star, and the hell with everyone else. “Red Rose Speedway” and “Live and Let Die” would change everything. But “Ram” was always the personal album, the one that reassured Beatles fans that it wasn’t all for naught.