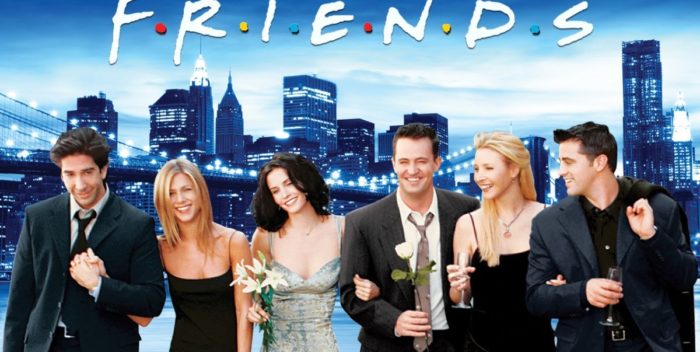 The “Friends” reunion show is set for May 27th on HBO Max.

In addition to the six regular cast members, the reunion will also feature a bunch of people who have nothing whatsoever to do with the show. They include David Beckham, Justin Bieber, BTS, Cindy Crawford, Cara Delevingne, Lady Gaga, Kit Harington, Larry Hankin, Mindy Kaling, Thomas Lennon, and Malala Yousafzai.

Also, several of the secondary characters from the show will return including Elliot Gould and Christina Pickles as the Gellers, Tom Selleck as Richard, Maggie Wheeler as the infamous Janice. No word on Marlo Thomas as Rachel’s mother, or Morgan Fairchild as Chandler’s mother/father.

Reese Witherspoon is back as Rachel’s sister, however, which is convenient since Reese and Jennifer Aniston now star together on Apple TV’s “The Morning Show.” James Michael Tyler, whose name no one ever knew, returns as Gunther, who now presumably owns Central Perk. And James Corden will be part of the proceedings because his executive producer, Ben Winston is the producer here.

No word on Paul Rudd, who played Phoebe’s fiancee (did they get married?), and may be too busy with the “Ant Man.” And what about those triplets Phoebe carried for her brother and sister in law? They’re in their 20s now. So, too, are Monica and Chandler’s kid. Ross’s kids are even older.

Clearly, the “Friends” reunion is more than just a talk show with clips. It’s a full fledged event. And this is all to promote the “Friends” reruns for which HBO paid a fortune to show over and over again.