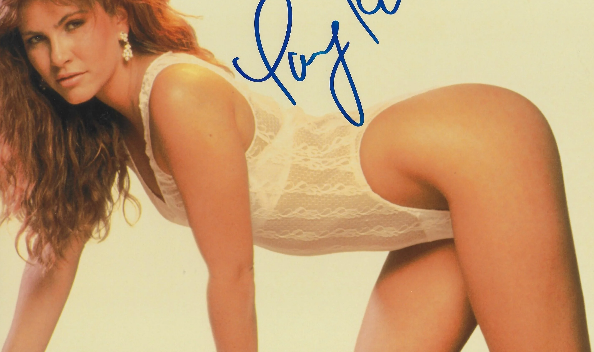 She came to Hollywood as a teenager, dated heavy metal rock stars, married one, was a pin up in MTV videos and B movies, and had an affair with OJ Simpson while he was married to the wife he eventually murdered.

It’s an old story, and a tragic one.

Kitaen was gorgeous, and she knew it. She married Whitesnake singer David Coverdale. She did videos for Whitesnake and RATT, the literal bottom of the rock hierarchy. The best movie role she had was playing a young Tom Hanks’s girlfriend in “Bachelor Party.” She was one of the lead character’s girlfriends in an episode of “Seinfeld.”

After a run as a video vixen, she married major league pitcher Chuck Finley and had two daughters. He divorced her after a couple of years following a domestic abuse incident– she wounded him with a stiletto heel.

The downward slide commenced. Kitaen became a regular on MTV and VH-1 reality shows, had a much publicized cocaine problem, and was arrested in 2006 and 2009. And now, this. It’s very sad. \

Historians will pore over these videos for eons to come: