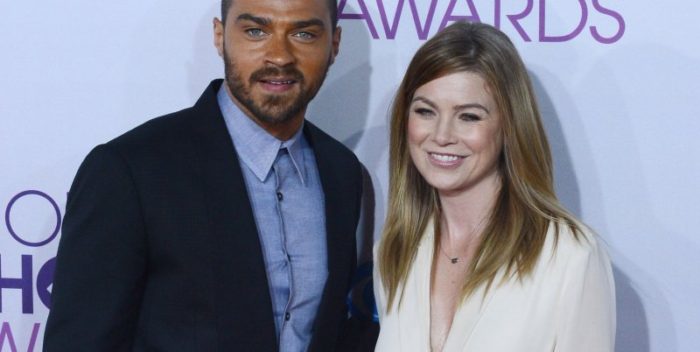 Ellen Pompeo’s season long contract negotiation meant her “Grey’s Anatomy” character, Meredith Grey, has been in a coma for months. She wasn’t even on last night’s episode.

But Jesse Williams was, the whole episode was about getting rid of his character, Jackson, after 12 seasons. Like so many actors before him, Williams has been chucked into the Shondland abyss because the “Grey’s” budget is shrinking and Pompeo is getting more money.

If “Grey’s” gets to its 20th anniversary it may just be Ellen Pompeo talking to herself. After 17 seasons, Pompeo, James Pickens Jr., and Chandra Wilson have made it from day one. Little by little, characters have been killed, maimed, and abandoned as their salaries increased.

Last year, Justin Chambers got the boot. This year, it’s Williams, who had to have a big salary after 12 years. Showrunner Krista Vernoff wrote him a big episode tonight setting the stage for Jackson’s move to Boston.

In imagined interviews, Vernoff would say she thought long and hard about writing Jackson off, and Pompeo would promise to have white wine spritzers with him after he gets off the unemployment line.

Jackson is the second actor to get the axe this season. Giacomo Gianniotti was sent into spritzer land in March when his character, Andrew DeLuca, died in the March 11 episode.

There are two more episodes left this season. Will anyone else be leaving Grey Sloan Memorial in service of Pompeo’s next contract? Stay tuned…