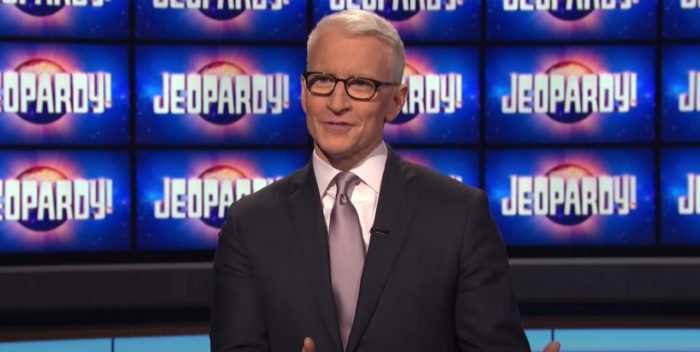 Do the people at “Jeopardy!” know what they’re doing?

With Anderson Cooper as host the week ending April 25th, the once venerated game show dropped another 7% and finished with just 5.1 million viewers.

That’s down a million viewers since Ken Jennings finished his guest run in February. With every guest host since then the ratings have slowly deteriorated. Cooper’s first week is the bottom so far, but his second one could be worse.

Tonight Bill Whitaker of “60 Minutes” takes over. Several more guest hosts will follow with LeVar Burton included. The fans have petitioned for him, but it’s unclear how bad things will be by then.

To be honest, syndicated ratings are down across the board in every category. The viewing audience may just be exhausted from being inside listening to all this stuff over and over. “Judge Judy” and “Hot Bench” are also suffering downturns. Ellen DeGeneres’s show is still at 900,000, and “Drew Barrymore” can’t do better than 500,000 viewers a day.