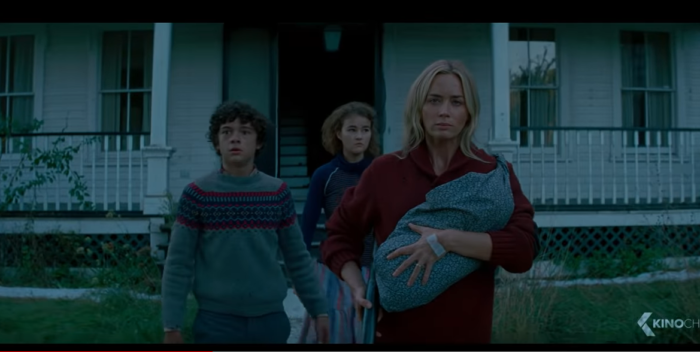 Almost the last thing we did in the beforetimes was go to the premiere of John Krasinski’s “A Quiet Place, Part 2.” John and wife Emily Blunt were there at Jazz at Lincoln Center. Everyone loved the movie. This was March 8, 2020. We thought “AQP2” was opening in April. It didn’t. And then it started moving around, like everything else.

Today came the first actual screening invite in 13 or 14 months. Paramount is showing “AQP2” to press in two weeks. Hallelujah! It’s been so long, I can barely recall what happened in it.

No, seriously, this was worth waiting. The second film in what is obviously a trilogy picks up right where the first one left off. Added to the mix is Cillian Murphy, who is excellent as another survivor of the alien invasion who’s keeping quiet with a low profile. The kids are just as good as in the first film– they may be adults by now!

Also featured is past Oscar nominee Djimon Honsou, who’s starting to work again after taking some time off.

Paramount will have a big hit with this sequel, and then we’ll wait for Krasinski to give us his big ending.

But it’s so nice to get an invite again! Like old times! It’s like we’ve been unfrozen!