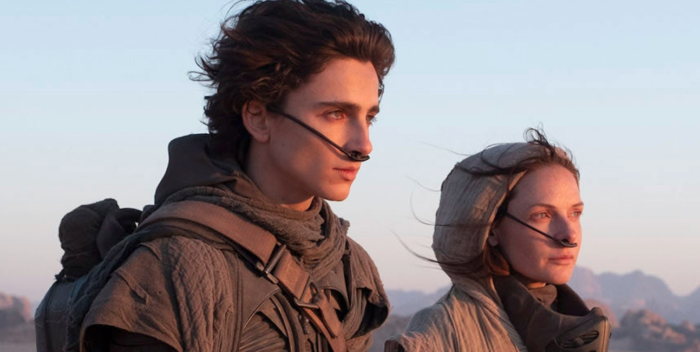 Anna Wintour is rolling the dice on the Denis Villeneuve remake  of “Dune.”

She moved the Met Ball to September 13th. “Dune” opens October 1st after a year’s delay. Timothee Chalamet, star of “Dune,” has just been made co-chair of the Met Ball.

Anna has a 50/50 experience guess which movies will turn out alright. A couple of years ago, she gambled on “Ocean’s 8,” which turned out to be a minor hit. She let them reproduce the Met Ball in the movie, and then featured the stars at the actual gala.

By coincidence, the same studio that brought us “Ocean’s 8” is bringing us “Dune.” The timing of the movie’s release means the Met Ball will serve as a huge promotional tool. The tie ins between the Gala and the movie should be teeth clenching come mid September.

“Dune” could play the Venice Film Festival, and probably the Toronto Film Festival, all which run from September 2nd right through the 13th. Wintour is counting on glowing reviews, unlike David Lynch’s original “Dune” movie from 1984. I remember that movie launch. It wasn’t pretty. There was no Rotten Tomatoes then, but the movie has a retroactive 51% among critics. Back then it grossed $30 million, the equivalent today of $75 million. Not a blazing hit.

Wintour has struck out before when she’s invested in a movie for mutual promotion. She let Vogue get very involved in Paramount’s “Zoolander 2,” which was basically unwatchable when it was finally screened. She was even featured in it.

Anna could be a character in “Dune,” but it’s too late to digitally insert her into the sci-fi epic.

And Warner Bros.? “Dune” already cost between $165 and $200 million. Even if they kick in one or two million bucks to the Met as a donation in kind it’s no skin off their noses, and the museum benefits. It costs Wintour $4 million or so in expenses to stage the Met Ball, so if she got something from Warner Media to offset that, she’s ahead of the game. And maybe she gets some of the “Dune” cast to dress up and hit her red carpet. Cast includes Oscar Isaac, Rebecca Ferguson, Josh Brolin, and one name Anna will be thrilled to snag in cross promotion: Zendaya.