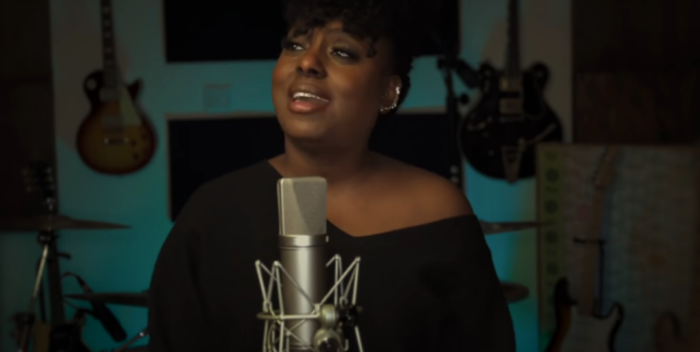 Ledisi is a gorgeous R&B singer who’s won many Grammy awards but hasn’t had a real signature hit. She has one now with “Anything for You.” It’s a stunner and has over 4 million views on YouTube.

But now she says her record company didn’t like the song, so she released it herself. And what a great throwback R&B record. This will be a classic. Just lovely. A lot of children will be conceived to this record!

The record company she’s talking about is Verve where Ledisi released six albums over a decade, from 2007 to 2017.

The new album came out on BMG last summer, called “The Wild Card.”

PS This song should be played on Sirius XM’s “Soul Town” Channel 49. It would fit right in.

The record label did not like this song. I’m so glad they moved out the way. We got through it. And it worked. 🙏🏾 God Bless. Now I have my own label. ⚡️💫✨