Cher and Olympia Dukakis each won Oscars for the movie that changed their lives, John Patrick Shanley’s “Moonstruck.” They remained in touch the last 33 years.

On Twitter, Cher reports she called Dukakis three weeks ago when she heard she was failing.

She writes: “I Called In2 The Receiver ‘Olympia It’s Cher,I love
You”. Remember Moonstruck,
She Said “oh cher,I
Love you”

And neither one of them said, Snap out of it! 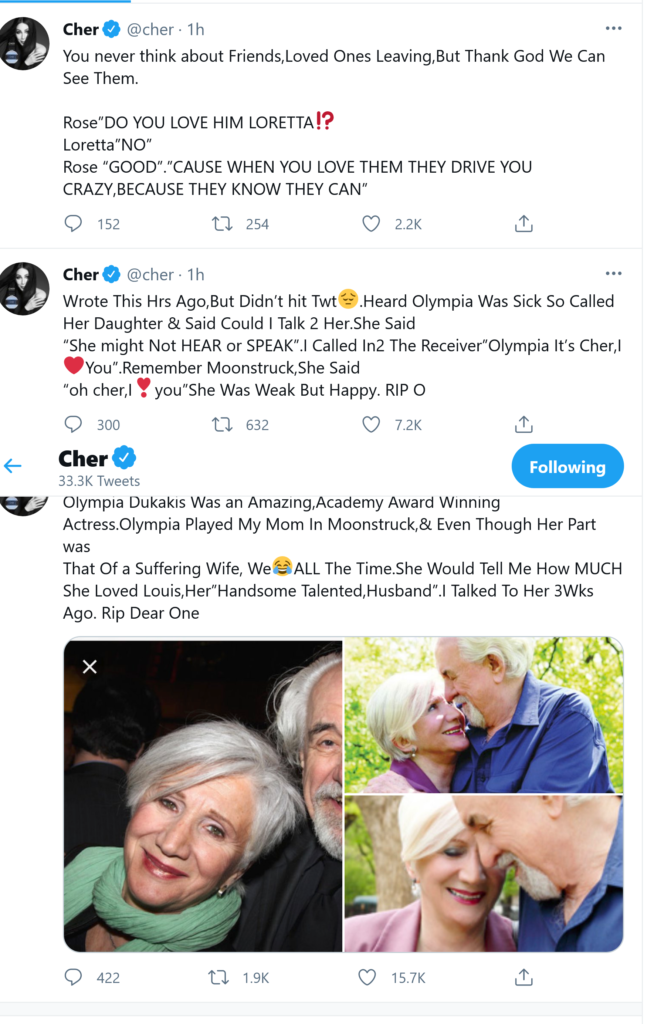