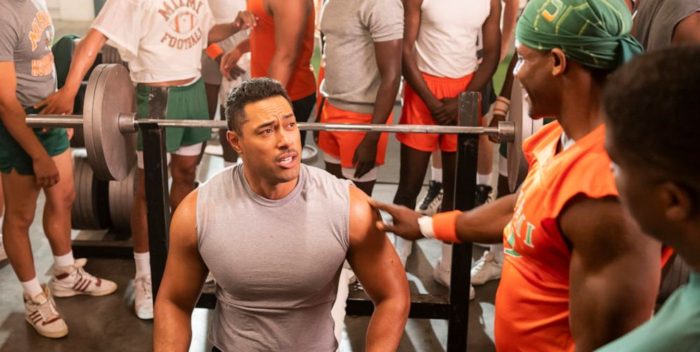 On Tuesday night, “Young Rock,” the series about Dwayne The Rock Johnson’s younger years, hit rock bottom in the ratings. The show fell to its season low, just 2.4 million viewers. That was a 9.35% drop from last week.

Johnson obviously knows the show will be cancelled. He’s rescued the star of “Young Rock” for a new movie. Deadline is reporting that Johnson has cast Uli Latukefu, the actor who plays him during his college years, for “Black Adam,” coming from DC/New Line Pictures. He can’t star in that movie and in a new season of “Young Rock.”

But sadly, “Young Rock” has rolled. They’ve lost 50% of their audience from the first week of the run. Moss is growing on this rock. It’s time to say goodbye, but not to Uli, who has a long career ahead of him playing Johnson.

The “Young Rock” failure was a blow to Kenan Thompson’s “Kenan,” which also fell to its lowest numbers on Tuesday, just 1.8 million. Thompson must be disappointed that this wasn’t his ticket out of “Saturday Night Live.” I am, too. But he needs a variety show and not to be strapped into inane sitcom jokes. Or just get better writers.