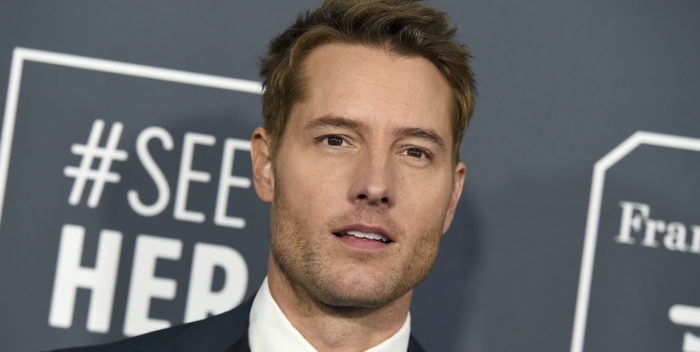 If you’re following our story, Justin Hartley jumped from “The Young and the Restless” to “This is Us” five years ago. He plays Kevin, the actor son of Mandy Moore and Milo Ventimiglia. No one could have seen him holding his own in scenes with Sterling K. Brown, but he has,

Now the NBC nighttime soap and cry fest is aiming for its final season so the actors are starting to look for more work. Brown is going to get an Oscar, I guarantee you. With the right material, he’s the equivalent of Viola Davis.

Hartley is taking on an independent film called “A Whole Lot of Nothing.” It comes from first time director Mo McRae, an actor who’s making his debut. The cast is all unknown to us:  Y’lan Noel, Shamier Anderson, Lex Scott Davis, and Cleopatra Coleman.

We’ll see this one day at a film festival. Hartley also has an untitled Netflix film in the works with two of our favorite people: Bonnie Bedelia and Treat Williams, directed by Charles Shyer. Bedelia– who is btw Macaulay Culkin’s aunt– has a stellar career resume with a Golden Globe nomination for a terrific film called “Heart Like a Wheel.” I always thought she had an Oscar nomination, too. She should have. And Treat Williams has a load of great credits, three Globe nominations and of course– going way back– “Smooth Talk” with Laura Dern.