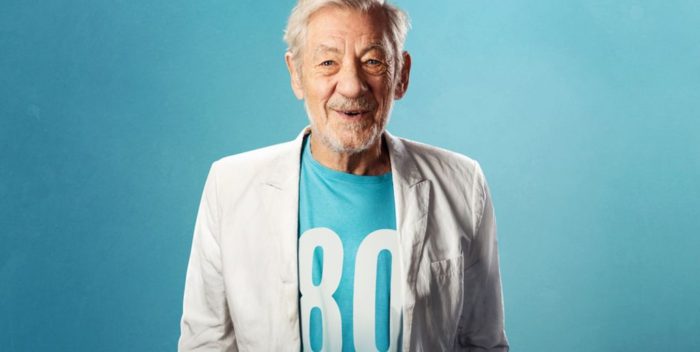 Well, you know, Sir Ian McKellen can do anything. And he is forever young.

So it’s no surprise that he’ll be playing boyish Hamlet, thought to be 30 years old or a little younger, all summer in a UK production.

Sir Ian is a youthful 81. He first played Hamlet on stage when he was 29! Maybe he’ll get it right this time…

The production takes place from mid June through September at Theatre Royal Windsor on the outskirts of London, just across from the walls of Windsor Castle. If Queen Elizabeth is looking for some entertainment and take her mind off of grieving Philip, she can just walk over there!

There will be seats on the stage, and everyone has to wear a mask. There’ some kind of social distancing involved. Most of the tickets are sold out.

You all know Sir Ian from “Lord of the Rings” and “X Men,” but the first time I saw him on stage was in 1981, on Broadway, starring in his Tony winning performance as Salieri in “Amadeus” and then in 1986 in Chekhov’s “Wild Honey.” He’s worth the trip!