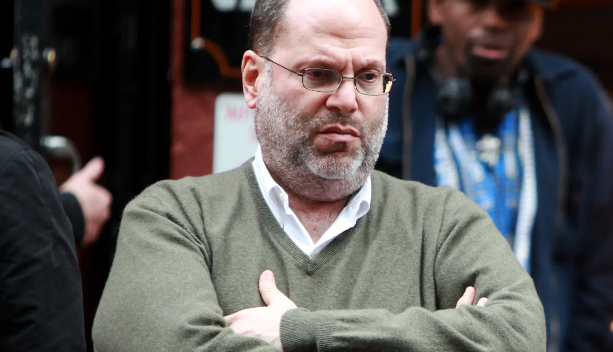 Before author Michael Chabon got involved as a writer on the recent “Star Trek” TV off shoots, he was a very acclaimed literary novelist. One of his books, “Wonder Boys,” starring Michael Douglas was was turned into a terrific film produced by the now embattled Scott Rudin.

Chabon worked with Rudin for twenty years on and off, also trying to get movies of his other books like “Kavalier and Clay,” produced for film.

Now Chabon says, writing on Medium.com, that Rudin was a horror.

Chabon writes: “I didn’t even break with Scott when, in 2010, he turned the fury, vitriol and vituperation against me, in a dispute over the terms of a deal, in a series of potent Rudin email bombs packed with nails, razor blades and personal insults. It wasn’t until some five years later, when he began — behind our backs — to demean and shit-talk my wife, that I finally drew a line, and resolved not to work with him again.”

Chabon’s wife, Ayelet Waldman, also a respected writer and producer, last night re-Tweeted out her husband’s column. I suspect things were even worse than Chabon says.

Chabon saw during his meetings at Rudin’s office what was going on with the staff. He remembers Kevin Graham-Caso, whose brother posted an emotional video about Kevin’s suicide last fall.Chabon says:  “He was a sweetheart — and it was a gut-punch to learn, from his brother David’s recent video, about his suicide, following years of struggle with PTSD.”

“I regularly, even routinely, heard him treat his staff, from the new kid doing the coffee run to the guy just under Scott on the SRP organizational chart, with what I would call a careful, even surgical contempt, like a torturer trained to cause injuries that leave no visible marks. And I saw him throw a pencil, once, at an assistant as the young man fled Scott’s office and Scott’s shouting. The pencil struck the back of the assistant’s head, eraser end first, and fell to the carpet. A minute later, Scott called me into his office, and we started talking, as if nothing untoward had happened, about whatever script we were working on at the time.”

Many people who’ve worked with Rudin haven’t said a word so far. Their silence is deafening. There’s also been a muted response from some press people who obviously fear Rudin will rise from this scandal unscathed. They want to stay on his good side.

Carpet bombs in the New York Times, Vulture, and some Broadway website have fallen on Rudin this week like it’s the blitz in London all over again. There’s destruction, but as you can see London rebuilt from the rubble.