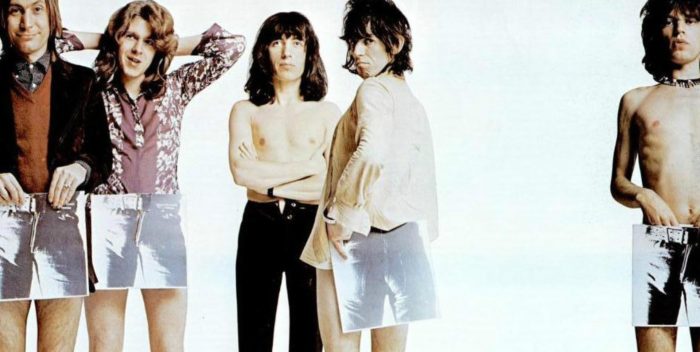 When the Rolling Stones released “Sticky Fingers” 50 years ago today, it had been two years since their last studio album, “Let it Bleed,” in 1969. In between came one of the greatest live albums of all time, “Get Yer Ya Ya’s Out.” Also, there was Altamont, and the death of Brian Jones.

So when “Brown Sugar” preceded “Sticky Fingers” by a couple of weeks, those opening guitar notes from Keith Richards was a clarion call. I was just about to turn 14 and I knew what they meant. The greatest rock and roll band in the world was back. The news was equally important because the Beatles were finished. The Stones’ return to center stage was vital to our existence.

We didn’t know right away that “Sticky Fingers” would kick off the Stones’ best decade of music. “Exile on Main Street” came the next year and down the line, in 1978, “Some Girls.” In between there were bigger hits than even the ones from the 60s, and the 70s proved to be the Stones’ highpoint ending with “Start Me Up.” And 50 years later, they’re still out there, which is extraordinary.

“Can’t You Hear Me Knocking” was the album track that real Stones fans migrated to when the album came out. The hits, “Brown Sugar” and “Wild Horses,” were actually top 40 staples. But “Can’t You Hear Me Knocking” was the track you heard in people’s basements, pot smoke rising off of ping pong tables. “Sister Morphine” was runner up because, well, it had a drug in the title.

“Bitch,” “Sway,” “Moonlight Mile” kicked the group into a blues-pop much different than anything else you heard in 1971. And it was a bumper crop year for great albums, the whole summer was a joy, between “Who’s Next” and “Abraxas” and “Ram,” not to mention all the R&B instant classics on the radio, and the whole James-Carly-Carole-Joni world. It was the summer of “Mr. Big Stuff” and “Hot Pants.” What else could you want?

Joe Hagan wrote a great piece this week about the “Sticky Fingers” cover and how it was invented by Andy Warhol and a bunch of smart, creative people who executed his and Mick Jagger’s vision. All I remember is everyone worrying about pulling the zipper in either direction in case you broke it. Best to leave it alone.

One thing hasn’t changed: when I hear the opening of “Brown Sugar” it’s like “Satisfaction,” maybe the only thing equal to it. I’m like Pavlov’s dog. It’s better than the tea cup in “Get Out.” Bomp bomp, bomp-bomp-bomp-bomp. I’m up, I’m moving, my foot is tapping, I’m waiting to make a hundred mistakes on the lyrics but I can hear “tent show queen” and “sweet sixteen” and when you were 14, that’s all you needed to know.