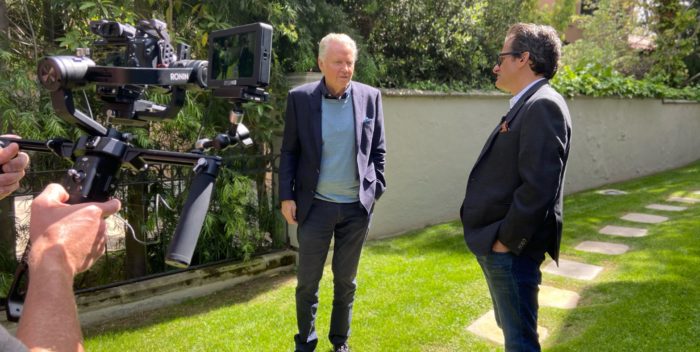 I don’t understand what’s going on at the “CBS Sunday Morning” show.

On Sunday, they’re letting right wing actor Jon Voight spout his anti-abortion views to promote his movie, “Roe v. Wade.” This is a re-telling the Roe v Wade case from an anti-abortion perspective. The movie is funded by anti- abortion deep pockets including Nick Loeb, the guy who sued actress Sofia Vergara for her fertilized eggs after they broke up.

“Roe v. Wade” has been reviewed by just 5 critics on Rotten Tomatoes, all rotten. It has a Zero (0). Why would “Sunday Morning” give Voight this forum when they know it will spur interest, if not sales, that this film doesn’t deserve?

Voight’s publicist, Valerie Zucker, has sent out a press calling the movie, which has been panned and is not being distributed to theaters, the “true story” of the case.

From a press release: “This role was important for me as people have taken termination of pregnancy lightly,” says Voight. Voight said of the Landmark ruling, “You can’t help to wonder what would have been.”

Also from the press release, the tidbit that the interview with Ben Mankiewicz, from TCM, was filmed at a $20 million mansion in Beverly Hills. We should know it wasn’t Voight’s home. Is that a truthful profile of Voight? Where he does actually live? Will they ask about his relationship with daughter Angelina? She cannot possibly be a fan of “Roe v. Wade.”

It’s difficult to understand what’s going on at “Sunday Morning.” Two weeks ago they promoted Hunter Biden’s book, giving the “author” a big fat kiss. The book is terrible, Hunter came off like Eddie Haskell, yet the “Sunday Morning” appearance put the book on the best seller list for two weeks. (It’s dead now, number 540 on amazon.)

Well, the ratings will be good among the conservative right. I’ll watch, but not before taking medicine for nausea.

PS Very surprised Voight has engaged a PR firm owned by two women to represent him in this endeavor. Zucker and Lewis is out of Miami, and they represent a lot of clients who might take umbrage at this project. 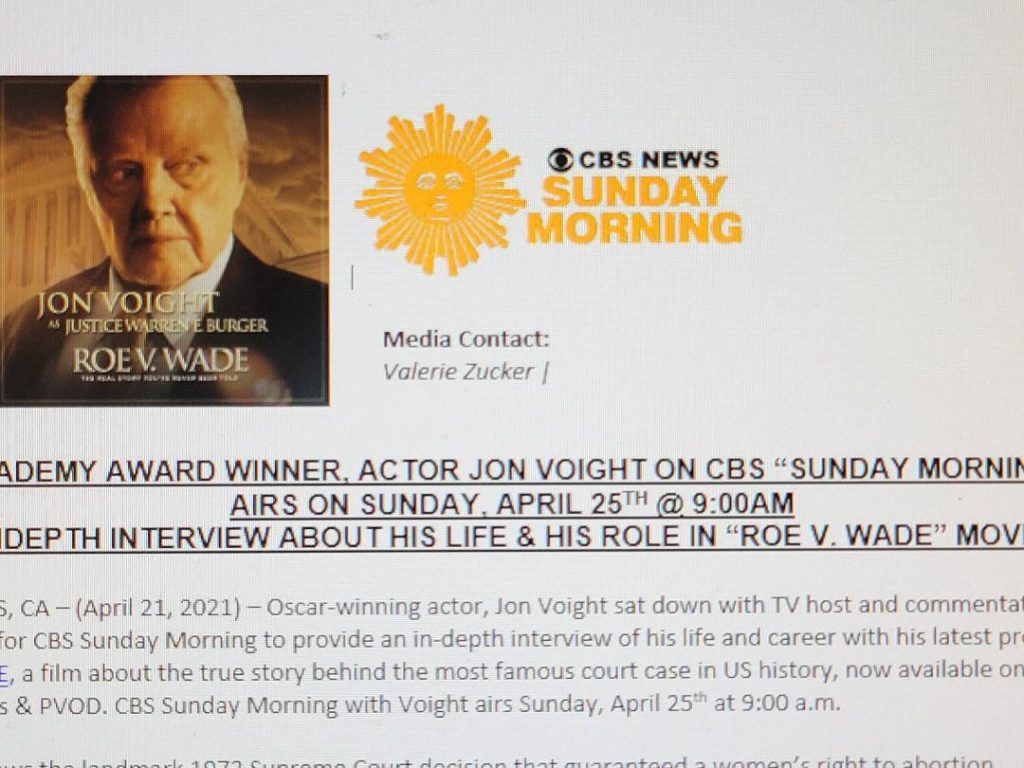