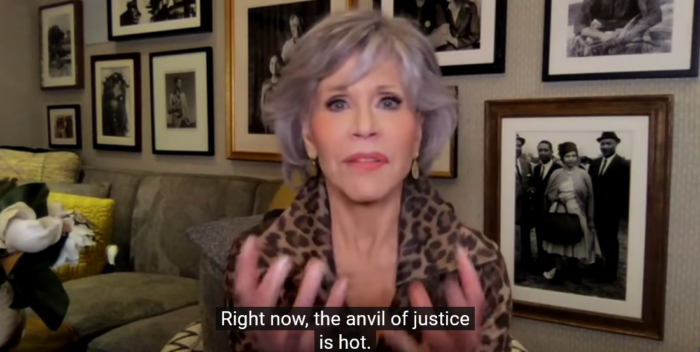 She also opened her two part interview with a trenchant and powerful declaration after the George Floyd verdict.

Wow. Fonda and Fallon discuss activism and how Fonda first became politicized in Paris in 1968 during the first segment.

On a lighter note, in the second segment, playing a game called “First Last Best” Fonda describes her best kiss, back in 1959, with actor James Franciscus, who played hot teacher “Mr. Novak” on TV and was married to Shelley Winters.