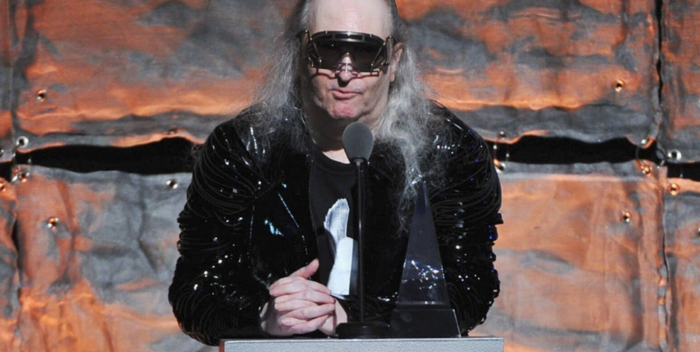 Jim Steinman was the man behind Meat Loaf’s success. “Paradise by the Dashboard Light.” Bonnie Tyler’s “Total Eclipse of the Heart.” Celine Dion’s “It’s All Coming Back to Me Now.”

Steinman has passed away at the age of 73.

Steinman’s legacy is the big bombastic anthem that you wouldn’t think would work, but it did. He wrote all of MeatLoaf’s classic 1977 album, “Bat out of Hell,” which coincided with Mr, Loaf’s appearance in “The Rocky Horror Picture Show.” The combination was electric. It didn’t hurt that Phil Rizzuto made a guest appearance on “Paradise by the Dashboard Light.”

Many of his hits are the crowning glory of their singers’ careers. “Total Eclipse,” even more than “It’s a Heartache,” is Bonnie Tyler’s legacy. A whole terrific Barry Levinson movie, “Bandits,” is based around it. For those of who can’t stand Celine Dion, “It’s All Coming Back to Me Now” is the one record that’s palatable.

Steinman had lots of other credits including “assistance” on Ian Hunter’s “All of the Good Ones Are Taken.”

It doesn’t sound like he was very healthy. Steinman suffered a pretty severe stroke 15 years ago. He died of a “medical emergency’ today in Connecticut.

But the songs live on. They’re like mini operas, and will never go out of fashion.