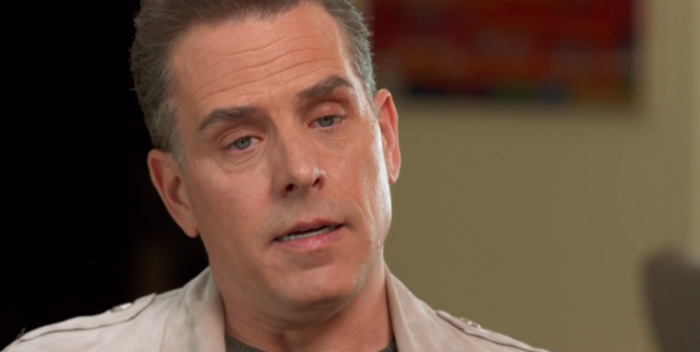 The book is a lonely Hunter.

“Beautiful Things,” the confessional memoir by Presidential ne’er do well son Hunter Biden is a flop after one week.

NPD Book Scan says the book, in Hunter whines about being a drug addict who slept around and has no memory of fathering a child, has sold just 10,000 copies in its first week. For a celebrity book with so much PR, TV appearances, etc, that’s not a lot.

On Amazon, “Beautiful Things” is ranked at number now now 208.

Nevertheless, an early surge of sales based on Biden’s appearance on “CBS Sunday Morning” puts “Beautiful Things” at number 4 on the New York Times Bestseller list that comes out today. But that will be short lived. Last week, “Rock Me on the Water,” a terrible book about cultural trends in 1974, hit the list after its “Sunday Morning” plug. It’s gone this week.

Hunter’s TV appearances on CBS were embarrassing. He came off like Eddie Haskell from “Leave it to Beaver”: cloying, unsympathetic, whiny, sycophantic. Hunter has a sad story, certainly: when he was a child his mother and sister were killed in a car accident. As an adult, his brother died from cancer. So Hunter turned to crack cocaine, slept with his sister-in-law, and fathered a child with a woman he doesn’t remember. Forget about his questionable business life. The guy is a creep. Instead of honoring his family, he brought them disgrace.

Meantime, NPD Bookscan reports that four of the bestselling books so far this year, and also in March, were by Dr. Seuss. They are: “The Cat in the Hat,” “Oh the Places You’ll Go,” “Green Eggs and Ham,” and “One Fish Two Fish Red Fish Blue Fish.” This was after Dr. Seuss’s estate withdrew six of his old books because they had outdated racist images. That decision turned out to be the best sales PR ever!

Hunter should have called his book, “Oh the Places I Went!”