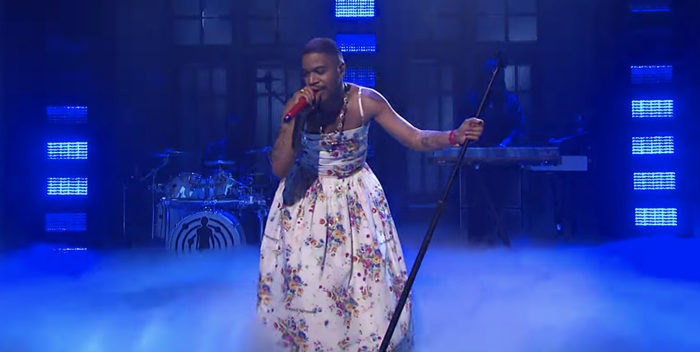 “Saturday Night Live” ratings remained stuck last night at the all time low of 3.6 million. They were the same as the last couple of weeks, quite bad and for a reason: the show was mystifying.

Musical guest Kid Cudi wore a floral print dress during one number. He said later it was a tribute to Kurt Cobain. The message was lost. Since last night, no one has purchased a Kid Cudi record on any platform. There was no sales bump from the appearance. It’s very unusual but after his “SNL” appearance there isn’t one Kid Cudi record on the iTunes top 100 or on the Spotify top 50 streaming.

More to the point, host Carey Mulligan was supposed to be promoting her film, “Promising Young Woman.” She never even mentioned it. There was no reference to it whatsoever. Universal only ran a commercial for the film at the very end of the show. So much for her Oscar chances.

There were good, if not great, sketches: the World War II thing, the “Star Trek” parody, and Bowen Yang stole the show as the iceberg that sank the Titanic. But overall, “SNL” is in a deep funk.

Now we get a couple of weeks of reruns before May sweeps and the end of the season.