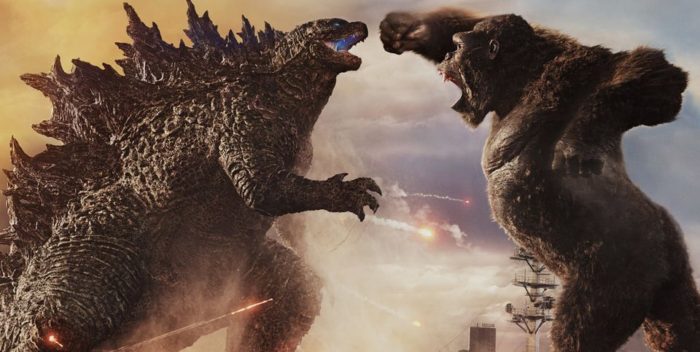 Despite the coronavirus, Warner Bros. made money during the pandemic.

Their “Godzilla vs. Kong” hit $69 million over this weekend, the most any movie has grossed in the last year. The monster flick is head toward $100 million, which is quite an accomplishment considering social distancing and capacity limitations. People really wanted to see two old warriors slug it out one more time.

Everyone thought when Warner’s announced simultaneous releases in the theaters and on HBO Max that it would kill theater going. But Warner’s had the lions share of hits this season anyway in live attendance. In addition to “Godzilla,” they’ve had “Tenet” ($58 mil), “The Croods” ($56 mil), “Wonder Woman 1984” ($46 mil), and “Tom & Jerry” ($40 mil).

Warner’s has even scratched out some box office for their Oscar movie, “Judas and the Last Messiah, with over $5 million. And Denzel Washington in “The Little Things” has found just over $15 million so far. So someone went to the movies, and who ever they were, Warner Bros. was their host.

BTW, I’m hearing King Kong is asking for a lot of perks in his sequel contract. He was seen having lunch with Toby Emmerich last week in a back room on the Warner’s lot where he was eating the makers of “Chaos Walking” with fresh dips.