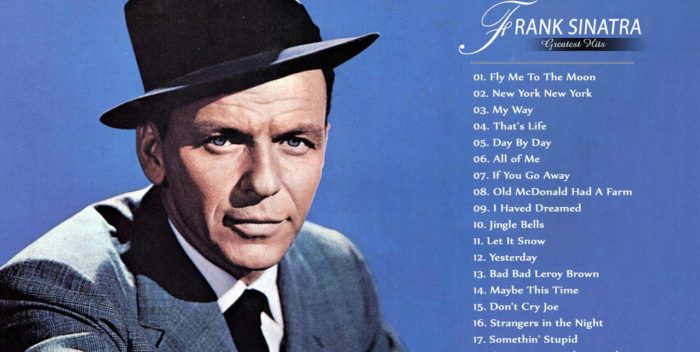 In all these years of mob films and TV shows, mobsters named in dramatic pieces and so on, there has never been one named Sinatra.*

“Law & Order Organized Crime” featured a mob family named Sinatra. Father Manfredi, played by Chazz Palminteri, was killed off at the end of the first episode. His son, Richard, played by Dylan McDermott, takes the name Wheatley. He will be a regular character. But the name Sinatra remains.

Until tonight, the only Sinatras were the family of Frank, the most famous popular singer of all time. During Frank’s lifetime he battled the idea that he was mobbed up or had mob associates. Time was a factor in getting rid of that notion, right or wrong, leaving just Frank’s mellifluous voice and his occasional movie roles as his legacy.

But now it seems we’re going to get a weekly dose of the Sinatra crime family on “Organized Crime,” a show very unlike other “Law & Order” installments. So far, “Organized Crime” seems like it will be about Elliot Stabler seeking justice for the killing of his wife, Kathy. There’s very little law, or order. Or ensemble opportunities, unless the focus changes. This is Elliot Stabler’s show.

Getting rid of Kathy was essential. Elliot needed something to avenge, hence her murder. Also, the sexual chemistry between Chris Meloni and Marisa Hargitay is still there. Benson and Stabler are headed to something, probably during May sweeps. In the morning we’ll see how the ratings were. My guess is they were good.

As for Sinatra, there are other Sinatras out there in the world. But the name has the same resonance as Ketchup or Kleenex. This was an odd choice for the Dick Wolf crowd. We’ll see if Nancy or Tina, Frank’s daughters, have anything to say about it.