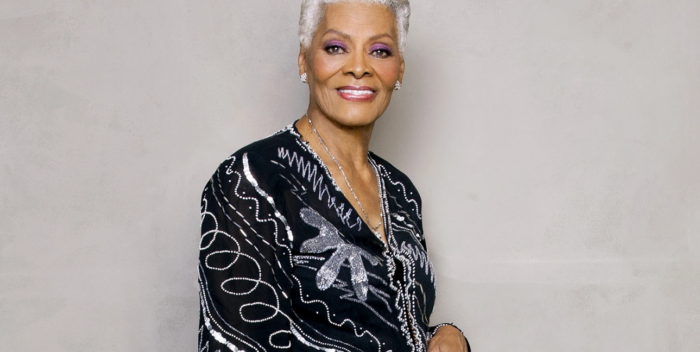 Dionne Warwick is the Queen of Social Media.

She’s been killing it on Twitter, and featured on “Saturday Night Live” with her own parody talk show.

Now Dionne is capitalizing on all this new publicity with two sets of live streamed shows. Her first will be this Sunday, Easter, at 2pm and 8pm. She’ll do it again on Mother’s Day, May 9th.

Dionne is essential viewing and listening for anyone interested in great music. I’m sure she’ll sing her many Bacharach-David hits, not to mention her Clive Davis era songs like “Heartbreaker” and “Deja Vu.” Plus, Dionne has a whole repertoire of Brasilian music. Her smoky voice has never been better and look at that photo! Dionne looks fantastic.

PS Dionne loves to sing, but if there were Performance Royalty for singers, she’d have been paid the millions of time her records were spun on radio. But there’s no such thing. She hasn’t made a penny from radio play in her sixty years of working. She turned 80 last December.