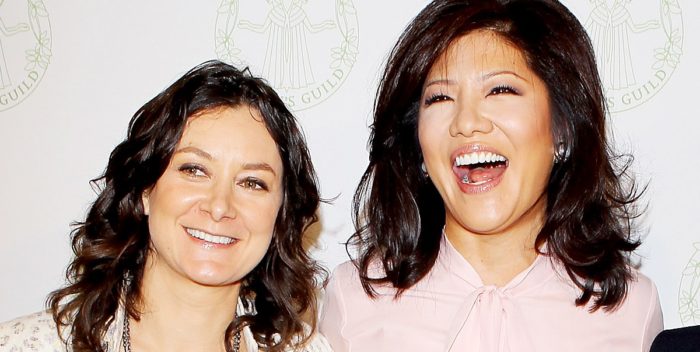 When “As the World Turns” was chased off the air in 2010, CBS and Procter and Gamble had whittled its audience down to 1.8 million.

Now, in 2021, “The Talk” finished its most recent rating week with 1.446 million viewers. And arguably they have more drama than a soap.

Why is “The Talk” still on the air? Mostly because it’s cheap. Back in 2010 I asked Les Moonves why he was dumping the soaps (he also got rid of “Guiding Light”) in favor of a talk show featuring his wife. Julie Chen?

“The soaps cost a fortune and don’t have a big audience,” Moonves said to me. “Why should I keep them on? The Talk costs almost nothing.”

Indeed, it does. Aside from Sharon Osbourne, the remaining hosts cannot be making much money. In TV terms they have two things going against them: they’re women, and they’re not white. You know what that means.

When Chen, Leah Remini, and even Holly Robinson were there, the budget was no doubt higher. But “The Talk” ranks last of all daytime shows every day. It’s number 13 after the four soaps, game shows, “The View,” and (just joking) the farm report. If it were a soap, it would have been cancelled. They’ve lost around 30% of their audience in the last year.

“The Talk” will return on April 12th without Osbourne. But if CBS is smart, they’ll move Drew Barrymore’s talk show, which they own, back to 2pm next fall, and let affiliates which moved “Hot Bench” from 9am restore it to that time. “Hot Bench” is a huge hit, now missing from top markets because of Drew– even though it gets three times the audience. “The Talk,” I say, will be gone at end of summer.