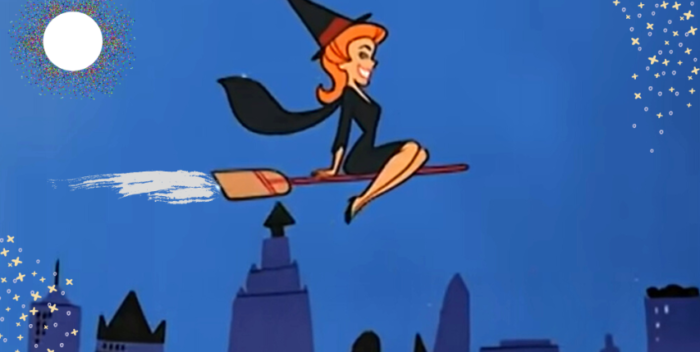 In 2005, Nora Ephron had one of her few flops when she tried to make a “Bewitched” movie that made no sense and no one wanted to see. Nicole Kidman was great as Samantha, Will Ferrell would have been fine as Darrin etc but it was a meta-take and not the real thing.

So now Sony-Columbia Pictures has authorized a real “Bewitched” movie in which a young witch marries a mortal who is stunned to find his wife has super powers. If they stick to the story. it’s “Mad Men” time with Darrin in advertising. They should set it in the 60s, too, because cell phones and the internet will make harder to believe or accomplish.

So who should play Samantha, Darrin, Endorra, Uncle Arthur? Will the filmmakers switch Darrins in the middle of the movie? In the series, Dick Sargent replaced Dick York as Darrin without an explanation?

Let’s hope they get it right this time.  The actual show never played it campy, the audience brought that to it.  What we don’t need here is “The Prom” masquerading as “Bewitched.”