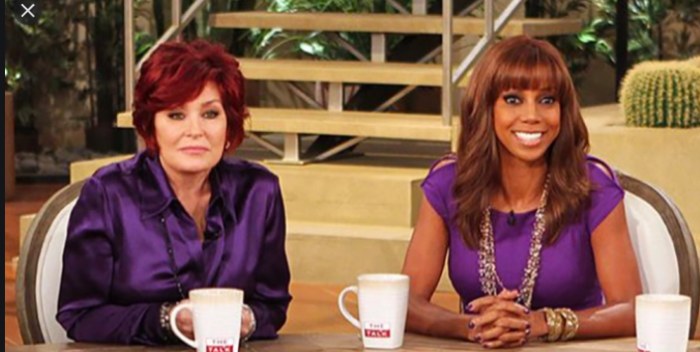 Oprah Winfrey’s interview with Meghan Markle and Prince Harry was just supposed to take down the monarchy.

But it’s caused a lot of other problems.

First, Piers Morgan went crazy on his British talk show attacking Markle. He lost his mind and wound up walking off the show for good after his colleagues attacked him for being racist.

Then, Sharon Osbourne– a fellow Brit– defended Piers, a lout, on CBS’s “The Talk.” She called him a loyal royalist and seemed to take his side against Meghan. Her fellow hosts, who are Black, went after her live on the air. Sharon tried to fix this by claiming she wasn’t a racist — which she isn’t, but her defense of Morgan is indefensible.

Sharon’s brouhaha drew out Holly Robinson Peete, who was let go from “The Talk” along with Leah Remini a decade ago when they were co-hosts with Osbourne and Julie Chen Moonves. Peete claimed Sharon told her she was “too ghetto” for “The Talk.” And got her fired! (It’s not true. Holly knows that.)

Now Sharon has posted a rebuttal to Twitter, saying:
“In response to Holly Robinson Peete’s accusation of me getting her fired from The Talk, I am sharing an e mail sent to me from Holly one month after she was let go by CBS. As I have stated before, I have never had the ability/authority to get anyone fired from The Talk.”

Listen, Sharon Osbourne does not play. Many years ago I watched her throw a drink in the face of Jonah Hill’s now deceased agent brother for saying something bad about her children. She drenched him. This was at Clive Davis’s pre-Grammy dinner, in front of Miley Cyrus and Taylor Swift, no less.

So Sharon has posted a private letter Peete sent to her back in the day to prove they were on good terms. The letter is below.

Oprah! Wow! What will happen next? 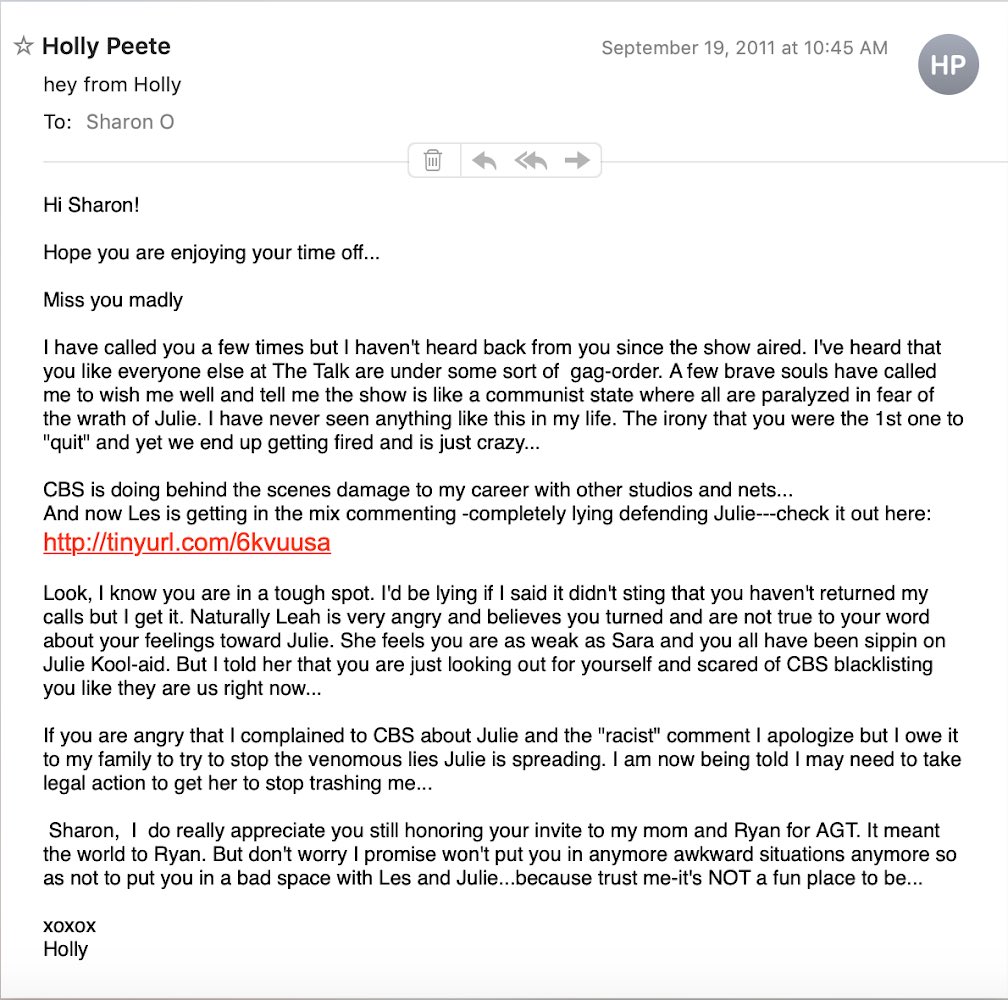