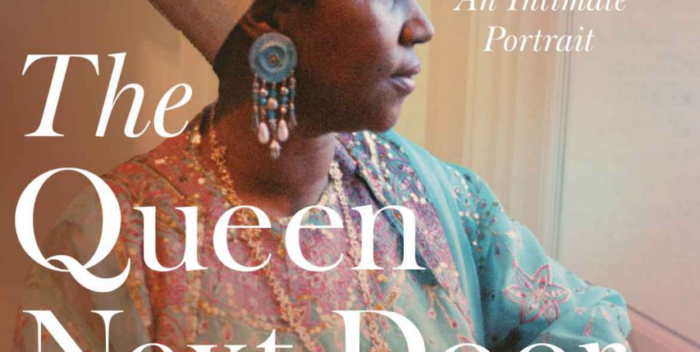 Aretha Franklin was a “genius,” as the new TV miniseries describes her, but she was afraid of death. Like most things, she compartmentalized her illness, pancreatic cancer, even as it worsened. When I traveled to Detroit in July 2018, a month before she died, she refused to sign a will, or sign papers regarding a movie that was planned about her. (She was more concerned that their had been a murder recently in the nice hotel where I was staying.)

No one close to her knew the exact details of her illness, even the bodyguards who traveled with her to hospitals. When I asked her directly, “Aretha, can we set aside everything aside and just talk about what’s going on for a minute?” she responded, “No.”

There was no signed Will. This was intentional. She couldn’t, and wouldn’t, deal with it. But when I saw this Will in the Detroit Free Press this week, it made sense. For one thing, Aretha crossed out the fee for junior lawyers and wrote in “200.”

In the letter from Henry Grix, the attorney who drew all this up and presented it this week to the probate court, he mentions that Aretha negotiated lower fees. As Aretha’s friends and close associates will tell you, that rings very true. I laughed out loud when I read that. It’s not that she was stingy– she wasn’t– but she liked a bargain.

After Aretha performed at Elton John’s AIDS fundraiser on November 2, 2017, we all sat together at a big round table where Aretha entertained visitors. She was very thin and frail, and it was clear the end was coming. One of the guests was a probate lawyer from Atlanta whom Aretha had summoned to the show. A Will was on her mind. This man and I spoke at length and stayed in touch, but nothing came of it. He told me later, after she died, “I think she used someone in Detroit.”

That would appear to be Mr. Grix. The Will, unsigned, is full of Aretha’s notes. She mentions David Bennett, her regular lawyer who was very loyal to her. There are other names, including her cousin Brenda and niece Sabrina, in her own handwriting. My gut feeling is that this is ‘it’ even though there is no signature.

This Will doesn’t change much, Aretha’s family will all be provided for. Why Mr. Grix didn’t present it sooner is odd, but he must have his reasons. (How could he forget the worked on this?) I’m sorry there’s been so much contentiousness in the family since Aretha passed. She loved her kids, and her whole extended family. She didn’t intend for them to be in a battle. But she couldn’t face the end, or the reality. I can’t blame her.

You know, Aretha was tough, and I saw plenty of that as her friend. But she was also a sweetheart. I miss her all the time. She got under your skin. And even though we knew the end was coming, her death was a shock. This document actually makes a lot of sense, really. I think her friends will recognize it as a real final statement.

April 8th is coming soon. That will be the 1st anniversary of the death, from COVID, of Aretha’s best friend, sometime fiancee and road manager, Willie Wilkerson at the age of 71. I still can’t believe Willie is gone. If he knew about this Will, he didn’t mention it to me. He was skeptical about notes for Wills found in a cabinet in her house. I can just hear him saying to Aretha now in heaven, “Really? When did you do that?” And Aretha’s eyes are twinkling with mischief.