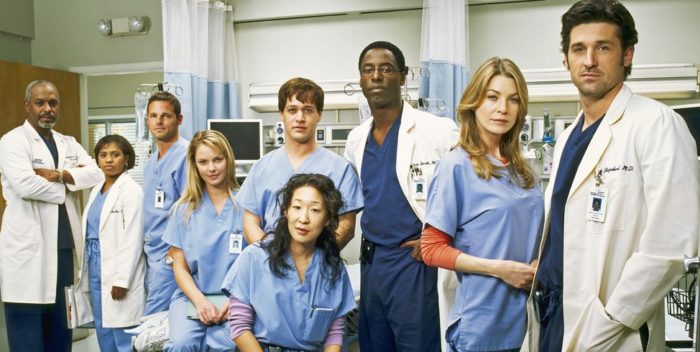 SATURDAY MORNING: ABC revised its numbers for “Grey’s” putting it at 5.1 million. Still the lowest ever, but a stitch higher than that 5 million mark.

When “Grey’s Anatomy” ended its 16th season in April 2020, the final episode scored a season high 7.7 million viewers. That’s pretty great for a show on the air since Michael Jackson was on trial.

When the series returned this past November for a six episode run, ratings dropped 8.9% to 5.9 million viewers. Whoops! What happened?

Well, everyone was in masks, and COVID had come to Seattle’s Grey Sloan Hospital. Lead character Meredith Grey was in a coma and having dreams of being on Malibu beach dressed in beige.

By the sixth week, “Grey’s” had slipped by 300,000 viewers. Maybe the audience didn’t want to see COVID and death depicted on TV when they were experiencing it at home?

They didn’t like. Last’s night numbers indicate the party is over. Between Pompeo’s slagging of the show– she might leave! she wants more money! — and the killing of popular characters, the show is committing suicide faster than it can be cancelled.

First half hour last night was 4.898 million. Then the audience basically left– dropped to 4.364 million. Yikes!