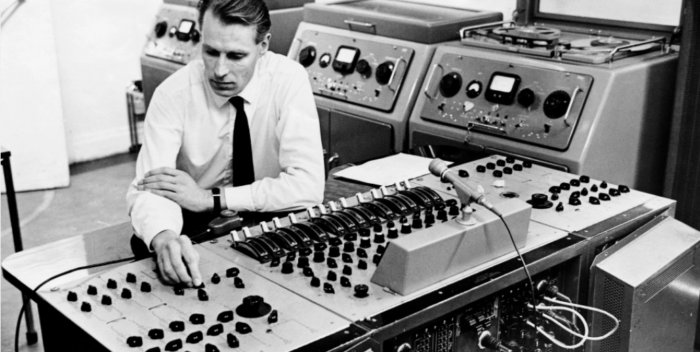 Before he worked with the Beatles, their famed producer George Martin had his own little recording career.

In 1962 he released a instrumental single he composed that was an early experiment in electronic music. The two songs are quite beautiful and full of melodies. Are we surprised? This man was under appreciated genius.

Now dublab is releasing 2 limited editions of the single using the name Martin recorded under, Ray Cathode. Here’s the link. Beatles fans will want one of these things. I know I do!