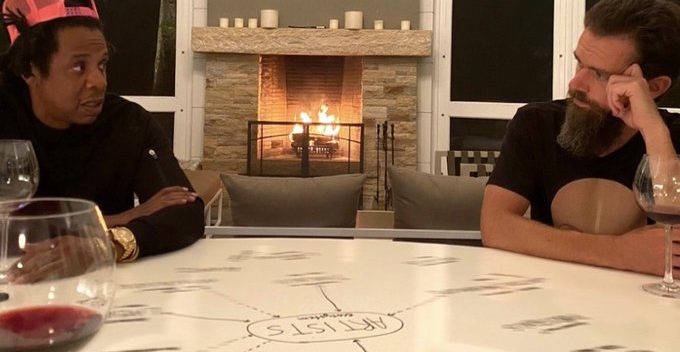 Back in March 2015, we broke the story that Jay Z had bought a Swedish streaming service and was bringing in heavy hitters like Beyonce, Madonna and Kanye West as partners.

Jay Z called the service Tidal, and the rest is misery. Tidal has never competed with Spotify or Apple Music. And now Jay Z is cashing out. He’s sold the service to Twitter star Jack Dorsey’s Square for $297 million. Jay Z gets a seat on the board of Square, which is Dorsey’s main company, a cash app.

Dorsey said on Twitter, “Square is acquiring a majority ownership stake in TIDAL through a new joint venture, with the original artists becoming the second largest group of shareholders, and JAY-Z joining the Square board. Why would a music streaming company and a financial services company join forces?! It comes down to a simple idea: finding new ways for artists to support their work. New ideas are found at the intersections, and we believe there’s a compelling one between music and the economy. Making the economy work for artists is similar to what Square has done for sellers.”

There’s more but you get the gist of it.

According to reports, Jay Z and his musical partners will still hold forth within Square as some kind of separate entity.

Will this help Tidal in its competition with other streaming services? Probably not. But Dorsey likes being part of the celebrity music world. He’s partnered with Rihanna (who’s also in the Tidal group) in charities. A year ago he toured Clive Davis’s star studded pre-Grammy dinner with WarnerMedia inside investor Vivi Nevo. And now he can have all the hi-res music he wants on his iPhone!