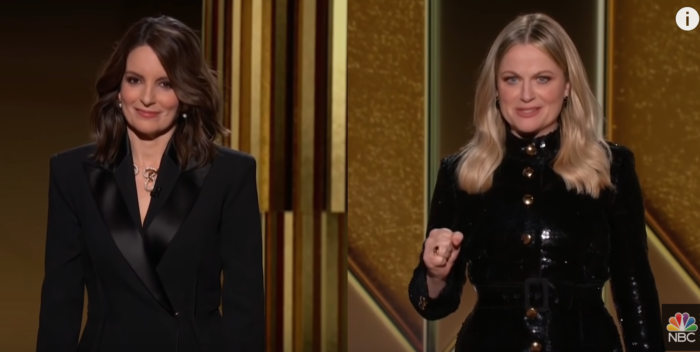 UPDATE 2:54PM: Early numbers are very incomplete but they dont look good. Right now the numbers for the west coast aren’t in. But the average looks like a shocking 6 million. Even if it’s twice that, 12 million with the west coast, then the show really tanked.
What’s clear from the three most Eastern time zones is that viewing went down hour by hour, from 6 million to 5.4 to 4.7 million. Each hour would have to triple or more to be considered bad. Frightening.

While we wait for the Golden Globes ratings, here’s how they’ve trended:

Last year’s awards ceremony drew 18.3 million viewers and a 4.7 rating among adults 19-49 according to Nielsen. That was down a slight 2% on 2019 in total viewership and half a point ratings-wise. For comparison, in 2019 the awards show ended up scoring a 5.2 rating and 18.6 million viewers, up a few percentage points from the 2018 telecast which drew a 5.0 rating and 19 million viewers.

The highwater mark was in 2004, with almost 27 million. In 2014 they were down to 20 million. There’s been a steady incremental decline since then, with 2017 briefly returning to 20 million and then a slow fall to last year.

The Globes benefited last night from little competition. There was no major sporting event to draw away viewers.