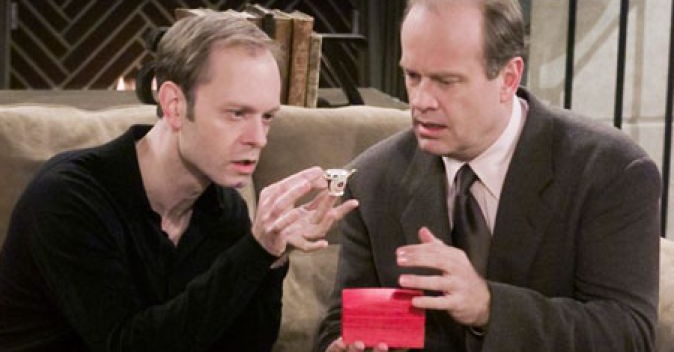 “Frasier” redux? Can we really go back to Seattle?

Kelsey Grammer has confirmed that Paramount Plus, formerly CBS All Access, has approved a revival of the wildly popular and much awarded comedy.

But is this a good idea? The original writers and producers aren’t coming back. None of the original cast has been signed, and Jane Leeves has indicated she’s happy on a new series called “The Resident.”

Grammer knows that “Frasier” only worked because it was an ensemble. David Hyde Pierce, Leeves, Perry Gilpin and the late John Mahoney were a perfect repertory group. Plus Bebe Neuwirth as Lilith.

When the show ended, Frasier was seen flying off to a new life in Chicago with Oscar nominated actress Laura Linney as his intended soulmate. His dad, Martin, married his girlfriend played by Wendie Malick. Niles and Daphne were happily married.

So now what? They could say that Chicago life didn’t work out and Frasier has returned to Seattle single. Linney is probably too expensive for this series. But aside from Mahoney and Malick, the core characters would have to return. Also, there’s a chance for Frasier and Lilith’s son, Frederick, now out of college, to be a central character.

But this was tried and did not work with “Murphy Brown” when that revival was attempted. Murphy’s son, Avery, was a disappointment. The stories were shrill and so was the old cast. It was better to remember them fondly than see them in their dotage.

Again, like “Murphy Brown,” “Frasier” worked as a well oiled machine. I’m not so sure this will be more than a one season return to a past best left alone.