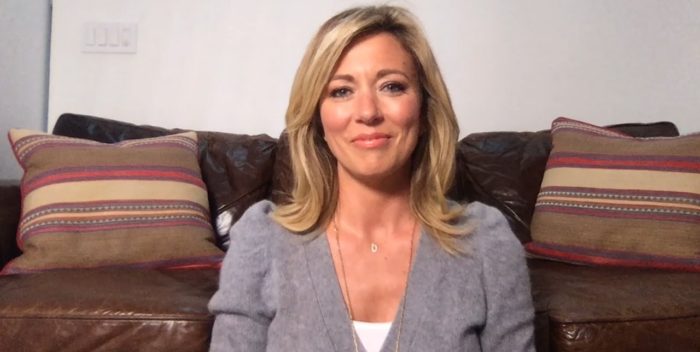 I really liked Brooke Baldwin on CNN. She’s been there since 2008, working her way up to hosting the 1 to 3pm slot. But before the election she got edged out by Flavor of the Month Brianna Keilar. And now, Brooke is leaving the network. The television business is gruesome, isn’t it? Back in October, when Natalie Allen left, Brooke knew what was coming. She wrote on Instagram: “It’s been a dream of mine to work at CNN… I’m a home town girl (ATL 🍑), and this has always been my hometown network. In the last ten years, we’ve witnessed history together. I’ve laughed and cried with you… I’ve rung in many a New Year with you 🥂. I’ve been sick with you. I have GROWN with you.”

Little by little, CNN is remaking the mid afternoon. Jake Tapper has now cornered Wolf Blitzer, whose time has shrunk. It’s clear they’re trying to retire Wolfie, even though he will always be my guy. Wolf is almost 73, and TV is no country for old men. (Jake has stopped dying his hair and has a big gray wave in front. He’d better think about that.)

Brooke leaves officially in April, although we’ll probably see less and less of her. That’s what they do on soaps before they kill you off.

“I will be leaving CNN in April. Let me back up. After most of my 20s working my way up in local news, I came to this network in 2008 – in the midst of the Great Recession as a freelancer. I remember I scribbled my name on a Post-It note and stuck it outside of this temporary office, determined to fulfilling my dream of becoming a full-time CNN correspondent.

“I wanted to be part of the best of the best in cable news and journalism, and, as a native Atlantan, this would be my hometown dream. Little did I know, I would not only go one to fulfill that dream, I would flourish in this environment and land my own two-hour show in the afternoon at the age of 31.

“For a decade I’ve never taken for granted the enormous responsibility and privilege I’ve had to work with some of the most talented producers and photojournalists and correspondents and anchors out there as we have covered our era’s most urgent and important stories, conflicts, terrorism, environmental and natural disasters, the wrath of gun violence, royal weddings, my American Women series, the social justice movement that defines our culture and a pandemic that changed the world and politics – lots of politics.

“The next chapter of my life will be focused on what I love most about my work: amplifying the lives of extraordinary Americans and putting my passion for storytelling to good use. For the last two years, I’ve been working on my first book; it’s called Huddle: How Women Unlock Their Collective Power, and, you know, there’s just more I need to do – more I need to do outside of this place, outside of the walls of this place, a place I have been privileged to call home now for 13 years.

“And, yep, we still in a pandemic, and nope, I don’t have a job I’m jumping right into, and yes – yes, I’m feeling very vulnerable. But what is it Brene Brown says? ‘Vulnerability is the birthplace of innovation, creativity and change,’ and I am so excited about what is to come. So, here it goes: I really do hope you’ll join me, and in the meantime, I’ll be right here with you, right her until mid-April. Now, to the news.”

1. I want to start with some personal news❤️ 📺 I will be leaving @CNN in April. I came to this network as a freelancer in 2008. I scribbled my name on a post it and stuck it outside a temporary office determined to fulfill my dream of becoming a full-time correspondent at CNN. pic.twitter.com/v4zeG5XMQX