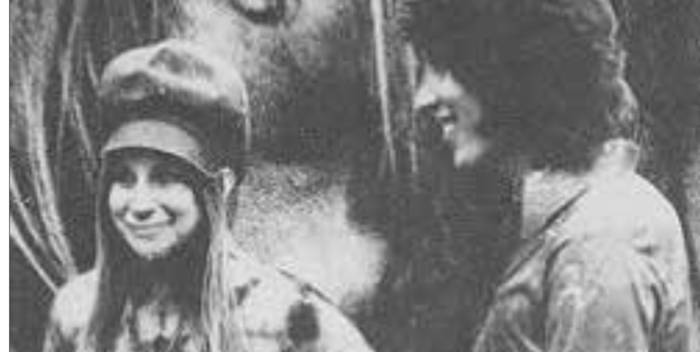 Barbra Streisand has plenty of hits and signature songs. But she’s pretty much known for ballads and show tunes, not rock songs or anything considered “contemporary.” In the 60s she made her name with “Don’t Rain on My Parade,” “People” and “Happy Days Are Here Again.”

But in 1970 she asked producer Richard Perry — whom she’d met through Clive Davis, then the head of Columbia Records —  to “Get me the new Van Morrison, Marvin Gaye, Randy Newman, Johnny Cash, and the new Joni Mitchell—and by the way, I think she’s a gas!” Barbra, Perry writes in his memoir, “Cloud Nine,” out today, had totally immersed herself in the pop culture.

Perry writes that he “brought Clive seven songs to begin with, including three by Laura Nyro: “Stoney End,” “Time and Love,” and “Flim Flam Man.” Laura was the hottest songwriter in the business at the time, and Barbra had a great affinity for her music. There were two Randy Newman compositions: “I’ll Be Home” and “Let Me Go,” a personal favorite of mine. I also included Gordon Lightfoot’s “If You Could Read My Mind,” a gem of a song that Warner Brothers hadn’t thought of releasing as a single by Lightfoot until Barbra recorded it.”

“Stoney End” would become Barbra’s one and only rock hit, still demanded by fans after 50 years. But when it came to record it, Barbra, Perry recalls, broke down in the stuio. “I can’t do this,” she exclaimed. “This isn’t me…I just don’t feel it!”

Perry writes: “Stoney End” was the third song we recorded that night, and certainly the biggest stretch for her artistically… All of Barbra’s first takes in the studio were pure magic—hearing that voice singing these songs—but the moment we ran down the first take of “Stoney End,” it felt like a lightning bolt was going through me. I swear, my hair stood on end. It was one of the most amazing feelings I have ever had in the studio.”

“As we were listening to the playback, Barbra leaned over and whispered in my ear, “You were right, and I was wrong. But it’s nice to be wrong.” It was a moment I will remember for the rest of my life.”

Cloud Nine is out today on amazon.com and booksellers.