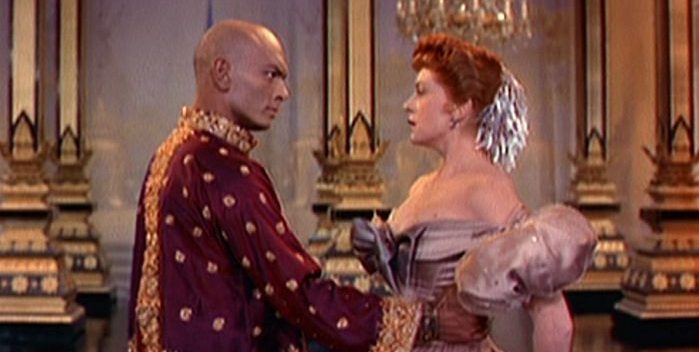 In his signature role, Yul Brynner played the King of Siam, now Thailand, in Rodgers and Hammerstein’s “The King and I.”

Brynner was not Siamese or Thai. He was Russian, born in Vladivostok. If he took the role now, there would be PC protests from here to Singapore.

So the new Paramount Studios version of the movie will have to find a Thai actor play the King. Otherwise, we will never hear the end of it. Cries of cultural appropriation will sound day and night.

Brynner was acting the role. He won a Tony Award for it, and then was one of 9 Oscar nominees when the original film was made.

In the most recent Broadway edition Japanese star Ken Watanabe played the King. It was reportedly hard to understand him. But he had the look.

My favorite production starred Donna Murphy as Anna, the English teacher who melts the King’s heart, and Lou Diamond Phillips. Murphy was sensational.

There’s been one non musical version of the story of Anna and the King of Siam. Jodie Foster was Anna. Chow Yun-Fat was the King. Andy Tennant was the uninspired choice of director.

So we’ll wait and see how this all turns out.  Choice of director and choreographer will be important since the producers– a company called Temple Hill — are known for TV productions like “Orange is the New Black.” Concord Music is helping but the Temple Hill gang would be smart to hire someone from Broadway ASAP as consultant. There are plenty of people available, unfortunately.