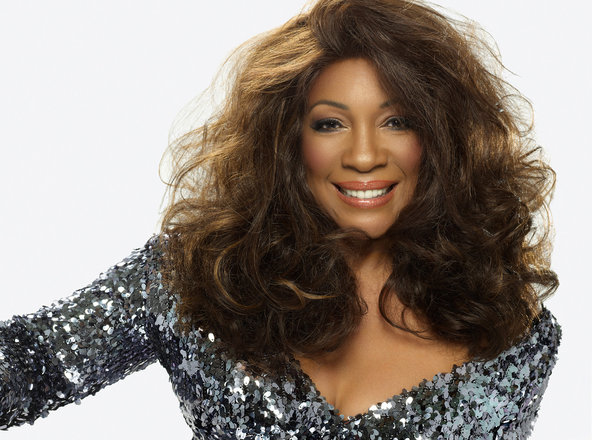 Mary Wilson was always a stand-up girl, a team player in the Supremes. But in the mid 1980s she finally published a memoir, “Dreamgirl: My Life as a Supreme” to set the record straight about what she had endured at the hands of Diana Ross and Berry Gordy.

In “Dreamgirl,” she describes what happened at the taping of “Motown 25,” the 1983 ABC special that was supposed to reunite all the stars from the fabled label. Mary hadn’t seen Diana Ross in many years after Diana left the group to become a solo act and movie star. Indeed, Mary hadn’t even sung on the last single recorded under the name DIana Ross and the Supremes. Diana made the record with other singers. Mary heard it on the radio for the first time.

Here’s Mary’s recollection of taping Motown 25, and how Diana — who was at her diva peak — carried on:

“We started singing “Someday We’ll Be Together.” Then something went wrong. Diane seemed genuinely confused. Attempting to distance herself from us, she took two steps closer to the audience. As agreed, Cindy and I stepped two paces forward too. Diane again moved forward; we followed.

“The third time it happened, Diane turned and forcefully shoved me aside. The audience gasped, appalled. Diane’s eyes widened in shock at the realization that I wasn’t about to back down, and that all these people had just witnessed her little tantrum. She got so flustered she lost her place in the song, so I sang a line, thinking Diane would compose herself and assume the lead again in a few seconds. I kept singing lead. The only thing that she could think of doing was to begin to talk while I sang.

“She proceeded to speak to Berry, out in the audience. “Berry, come on down,” I called while the music continued. With that comment, Diane grabbed my microphone and pushed it away from my face. “It’s been taken care of!” she snapped at me with fire in her eyes. The audience gasped again. I was told later that Suzanne dePasse panicked and sent out Smokey Robinson to defuse the crisis.

“In seconds the stage filled with other artists, and the Supremes “reunion” was over. Diane had given the media the cat fight they were praying for, and they licked their collective chops in delight. I have never been so mad at her in my entire career. Just when I thought that we were at a stage where she was going to bury the hatchet, she went and pulled something like that. I was hurt and stunned.”